Time markers like B.C. and A.D. now have competition

"The idea of counting years has been around for as long as we have written records, but the idea of syncing up where everyone starts counting is relatively new. Today the international standard is to designate years based on a traditional reckoning of the year Jesus was born — the A.D. and B.C. system."

"A.D. stands for anno domini, Latin for in the year of the lord, and refers specifically to the birth of Jesus Christ. B.C. stands for "before Christ."

The concept of B.P. and A.P. is my idea and does not have any scholastic or

scientific background. It just seems to me that the COVID-19 issue has become so profound that it deserves its own recognition. It will be hard to establish a "Year 1" actual date, but one day, hopefully, Dr. Fauci will be able to do this. In the meantime, we are currently wallowing in A.P. trying to get our ducks together to get as many people vaccinated as possible.

"The B.C./A.D. system gained in popularity in the ninth century after Holy Roman Emperor Charlemagne adopted the system for dating acts of government throughout Europe."

Something tells me that there is another addition with B.P. and A.P., namely D.P., which stands for during pandemic. The reason for this is the inclination of many medical and scientific experts proclaiming the virus could be with us for a while. And right at the top for reasoning is the introduction recently of new variants of COVID-19 from the U.K., Brazil and So. Africa. Further, California has come up with its own version. 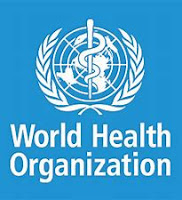 WHO, the World Health Organization, has a timeline on the coronavirus pandemic listing December 31, 2020, as the starting point. This might be a good date for judging "Year 1," but there is so much we don't know at this point, especially from China where the whole thing is supposed to have originated.. In the U.S. there are now 28,283,497 cases, 497,591 deaths. It could have been better in lieu of a mentally disturbed individual in the White House for four years.
at February 17, 2021