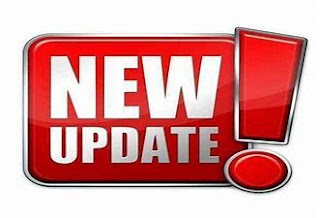 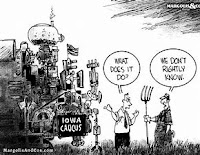 Idiots abound in politics, most of them Republicans, some Democrats. Joe Manchin may qualify as a disturbed maverick, but he's definitely no idiot. The governor of Iowa, Kim Reynolds, indubitably qualifies and she just recently became certifiable. Her entitlement is how she is lifting all the regulations in place for COVID-19 control. Here's the scenario according to the Daily Beast...

"She’s lifting the measure put in place to slow the spread of the virus. As of Sunday, gone are the mask mandate, the rules requiring businesses to limit capacity and enforce social distancing, and the caps on indoor and outdoor gatherings."

New coronavirus cases have "fallen dramatically" recently but Iowa has just been invaded by the U.K. variant, which has now not only been determined to be more transmissible, but also more contagious, thus, dangerous.  Don't politicians read, and I don't mean Facebook? I know they are dull wits, but, damn, Reynolds is dealing with the lives of over 3 million Iowa residents, some of which are no doubt dull wits like her. Yes, I can just imagine the delight of some... 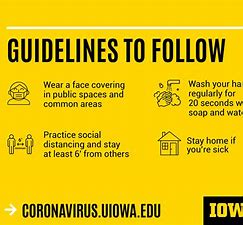 for the Embers and put away a few with our comrades.' And then there is the family thing where they figure they can now get the whole bunch together in numbers, attend those parties lately missed, or take the kids to sporting events where crowds proliferate. In other words, do all the things we used to do when it was normal. Well, folks, it ain't normal and it may not be for some time.

I'm not picking on Iowa, it is only one of many states including Arizona, Florida, Georgia and more; all Republican governors. Trumpism at its best, which almost brought this country to its knees, and continuing under faux leaders like Reynolds. It should be noted that Iowa ranks 47th in vaccine distribution with 97,000 shots being given, which is just over 3% of the population. Iowa is also 27th in the nation for coronavirus deaths, 28th for total cases.

And worse, the state is 7th in deaths per 1000 population, which bodes poorly on either the medical care or the attitude of people in taking care of themselves. But the attitude that really matters here is that of Gov. Kim Reynolds which clearly sucks. She has released her 3+ million constituents to the challenge of the COVID-19 pandemic, most importantly on each other. Additionally, predicted bitter cold and heavy snow will slow down any vaccination efforts.

It is obvious that state leaders want to get back to as close to normal as possible, but what they don't understand is that "normal" is just not yet attainable with the coronavirus raging across the country. And really good leaders don't just look at the present, but they also keep an eye on the future. Our future right now includes vaccinating the public and prioritizing the preparation that is necessary to deal with the various variant mutations. But not opening the gates to more problems.