AG Wm. Barr does the unbelievable

This time we have Atty. General Wm. Barr to thank for Trump administration stupidity... 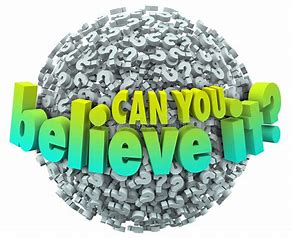 Here's the headline: "AG Barr denounces stay-at-home orders as ‘draconian’ — suggests Trump should reconsider social distancing guidelines at end of the month." This cloned aide has worked himself so far up Trump's rear end that he qualifies for a lower endoscopy. After almost everyone on board--except for those with double-digit IQs--this idiot appeared on Fox News’ “The Ingraham Angle” this week, he described them as “draconian” and implied that they were going too far."

He's on the right show for idiots and that is basically what the Fox News audience is composed of. And then he tries to play attorney general saying...

Barr told “Ingraham Angle” host Laura Ingraham that officials should be “very careful to make sure that the draconian measures that are being adopted are fully justified.”


"Unlike France or Italy, the U.S. does not have a nationwide stay-at-home order. Social distancing measures and stay-at-home orders — some stricter than others — have been carried out at the state level or the local level in the U.S."

France is having noticeable results and Italy seems to be over its peak in the pandemic, but at least they are doing something concrete about the dilemma and not spending their time bragging about what they supposedly have done. Now here is a statement to the clueless Ingraham that should have closed down the show...


"The U.S. attorney general defended Trump vigorously during the interview, telling Ingraham — herself a strident defender of the president — that Trump has been unfairly attacked with 'snarky, gotcha questions from the White House media pool.' And he defended Trump’s promotion of hydroxychloroquine (which has been used to treat malaria) as a possible COVID-19 treatment."

But, then, this is the kind of crap Fox News thrives on.

You're on Progressive Street...Where Liberals Walk
at April 11, 2020