Your latest news - not COVID-19 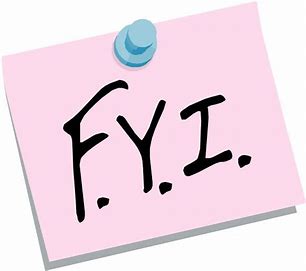 HEADLINE: "Trump melts down and the media fails the public. Again." Washington Post conservative columnist turned Donald Trump critic marvels at how her media peers seem to ignore T-rump's disintegrating before the public.

HEADLINE: "23 Reasons Why Millennials Are A Complete And Total Disgrace To The Entire World." Add another: Looks like the young people deserted Bernie Sanders in the 2020 primary.

HEADLINE: "The worst president. Ever." Remember when George W. Bush was considered this country's worst president, probably always would be? No one could have predicted how bad a president Donald Trump would be, nor did most Americans think the depths of Trump's actions could ever be as bad as they are.

HEADLINE: "Rulings on Wisconsin Election Raise Questions About Judicial Partisanship." Whoever thought the latest Supreme Court was non-partisan. Only those with their heads in the sand.

HEADLINE: "McGrath outraises McConnell in first quarter." I cannot believe the state of Kentucky would elect the scumbag Moscow2 Mitch in the first place. Maybe this is an attempt to rectify their mistake. Hopefully!

HEADLINE: "Trump is working behind the scenes to cripple any investigations before the November election: columnist." The truth shall set the American public free of the dirges of Donald Trump...no later than November.

HEADLINE: "American Democracy May Be Dying." Another reference to the Wisconsin recent election: "Wisconsin Republican leaders gave citizens a choice on Tuesday: give up their vote or go to the polls and risk their and their neighbors’ health." Wisconsin is a GOP cesspool.

HEADLINE: "Artificial intelligence is evolving all by itself." Having worked with AI in the past, creating computer predictive models, I can understand how this technology could very well become self-sustaining.

HEADLINE: "For Republicans, there is no more reliable source of accurate information than Trump: study." "President Trump has made 16,241 false or misleading claims during his three years in office, according to The Washington Post’s Fact Checker."

HEADLINE: "How little Trump cares for workers — and how much he values corporate swamp monsters — is now on full display." It is purely pathetic how the Oval Office lunatic has snowed his supporters into believing he cares diddly squat for them. He doesn't give a shit about anyone but himself.

HEADLINE: "Conservative explains why ‘Biden is Trump’s worst nightmare.’" Now that Bernie Sanders is out of the race, and has endorsed Joe Biden, the nightmare just widened.