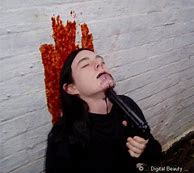 According to the CDC, "Suicide rates have increased in nearly every state over the past two decades, and half of the states have seen suicide rates go up more than 30 percent." And based on "A study by the Harvard School of Public Health of all 50 U.S. states," there is "a powerful link between rates of firearm ownership and suicides." Who would have thought? The Harvard study proclaims, "Guns and suicide: A fatal link" The CDC's "Morbidity and Mortality Weekly Report" found that...


"Guns were the most common method used for suicide, accounting for almost half of the people who died."

These are the kind of facts that have been hidden at the Centers for Disease Control in Atlanta due to the National Rifle Assn.'s success in ramming legislation through a paid off Congress that has made the information unavailable until now. And "54 percent of the people who killed themselves didn't have a previously known mental health issue, but 50 percent of these did have a gun. The Harvard study also found...


"that in states where guns were prevalent—as in Wyoming, where 63 percent of households reported owning guns—rates of suicide were higher. The inverse was also true: where gun ownership was less common, suicide rates were also lower."

...proving that, in spite of the NRA's proclamation that "guns don't kill, people do," guns do kill, simply because of their availability. The CDC study asserts, "American suicide is predominantly a firearm issue. Anytime we want to resolve something that involves firearms, we've need to talk about firearms explicitly." But that has been impossible up to now due to the fact that the NRA's head gun nut. Wayne LaPierre, will talk of nothing that restricts gun ownership in any way. You have to understand this radical thug actually reps gun manufacturers right to sell as many guns as possible.


"The lesson? Many lives would likely be saved if people disposed of their firearms, kept them locked away, or stored them outside the home. Says HSPH Professor of Health Policy David Hemenway, the ICRC’s director: 'Studies show that most attempters act on impulse, in moments of panic or despair. Once the acute feelings ease, 90 percent do not go on to die by suicide.'”