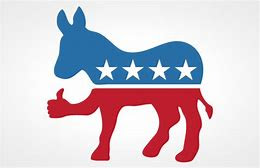 The economy is doing well, unemployment low, new jobs being added, average earnings up and domestic product growth at more than 4.5 percent. Gotta give the GOP credit for passing the tax bill that helped in this general improvement of things, but we mustn't lose sight of the fact that its primary purpose was to reward big business and the wealthy. There are actually three ways the tax plan does not live up to the promises that Trump made to the American people...


1. The cuts for the middle class are meager and temporary
2. There will be significant tax cuts for the ultra-wealthy
3. Individual income rates will not be simplified and are higher than promised

First, the answer to #1: "Middle-income Americans will benefit by around $1,000 initially, according to Tax Policy Center estimates. But by 2027, the majority of middle-class households would get no tax cut, and some would actually pay more." #2: The largest cuts as a share of income will go to taxpayers in the 95th to 99th percentiles of income distribution. #3: "In the final bill, the United States has the same number of tax brackets it had previously: seven." In other words, Trump's tax bill is a ruse for the average American.

But in its design to reward big business and the wealthy, the economy has improved, and the disguised drawbacks to average American benefits are simply left unsaid by Republicans. As one writer put it, "Congress upended the tax code, ladling out oodles to the rich, but also offering a sop to those in the heartland at the expense of the deep blue coasts." But even with all this good news...


"Democrat Conor Lamb pulled off the year’s biggest upset in March and snatched a congressional seat in western Pennsylvania last held by a Democrat more than 15 years earlier."

Added to this: "In the past eight special elections, Democrats have overperformed by an average of 9 points." The Dems have been chipping away at Republicans recently with a blueprint that seems to be working. It can only get better before November.