Who the hell is Jared Kushner? 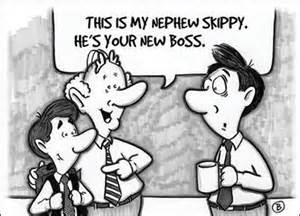 Of course we know he is Ivanka Trump's husband but what we don't know is what gives him all the qualifications to serve in the Trump administration, including a top security clearance. Reince Priebus has made the statement that Jared Kushner will be "very involved" in the White House. It is fairly certain that Kushner is responsible for the sacking of Chris Christie from the transition team because...

One might agree that his heritage gives him the necessary credentials for the job. Kushner was reportedly also instrumental in getting Christie taken out of contention for Vice President. Sounds to me like he has at least one of Donald's ears, but it isn't yet clear just how far this man will go. If he's anything like his father-in-law, and there is more to come from the family, looks like a huge case of White House nepotism. Kennedy had substance. Trump doesn't.

Kushner played a key role in the campaign but his future in the WH could hinge on a lot of things, one of them being:


"In 1993, a federal appeals court looked at the issue as part of a lawsuit over Hillary Clinton's role in the health care task force. The court didn't decide the question but strongly suggested that the White House staff is not a federal agency."

CNN also speculates on Kushner working as an unpaid adviser for the President, which would avoid the anti-nepotism law, but anyone in the Trump family working for free? I don't think so. How the "family affair" will play out is not clear at this point, but what is clear is that President-elect plans to keep his administration close to the vest. Worse than perhaps George W. Bush, the transparency of the new White House will no doubt be close to zero.