Did 82% of Bernie Sanders supporters vote for Hillary Clinton? 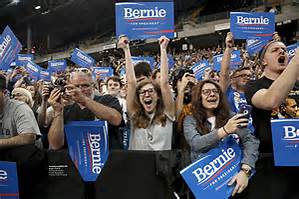 I am not sure and here is why.


According to the U.S. Census Dept., "Rural encompasses all population, housing, and territory not included within an urban area."

Further, "To qualify as an urban area, the territory identified according to criteria must encompass at least 2,500 people, at least 1,500 of which reside outside institutional group quarters."

My contention is that many of Bernie Sanders supporters came from the suburbs of urban areas like Los Angeles, Chicago, Atlanta, San Francisco, and the list goes on. Are they mistakenly included in this rural identification and, if so, what are their numbers. My reasoning is that the farm population is only 2% of the total U.S., the rural population only 19%, but maybe it is only a matter of semantics.

It's one thing for 82% of Bernie's people to "say" they were going to vote for Clinton. The question is,did they? Remember, according to Politico, back in November, 71% of GOP insiders said ..."the polls understate Trump’s support because voters don’t want to admit to pollsters that they are backing the controversial Republican nominee." But when Democrats were asked this, only 26% agreed.

We may never know but one thing is for sure, 2016 will go down as they most bizarre election to ever take place in the U.S.
at November 11, 2016