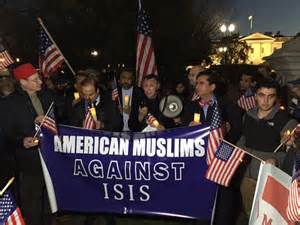 Steve Bannon was bad enough with his racist, woman hating, white nationalist positions when joining Donald Trump following a stint with one of the most bigoted publications in America, Breitbart News. In an earlier post I reported Bloomberg News saying Bannon is most dangerous political operative in America. Later post, his "darkness is good" statement reiterates the fact that he is racist, sexist and anti-Semitic. But Michael Flynn sounds even scarier.

Retired Lt. Gen. Michael Flynn was picked to be Donald Trump's national security adviser. He called Islamism a "vicious cancer inside the body of 1.7 billion people" that has to be "excised" during an August speech. This is not singling out those Muslims that do the bad things like 9/11 and various other attacks here in the U.S. and across the world, but lumping the entire Islamic world together. Like a basket with all bad eggs.

This man is a loose cannon and needs to be helped. By a psychiatric team that understands extreme provincialism. Apparently the three stars on his shoulders went straight to his head and Flynn now thinks he is commanding the American public. It won't work and Trump should be able to see the dangerous nature of both these appointments. Another example, Flynn was asked if Obama was a Muslim and after a flurry of incoherent statements basically said yes.