Texas Gov. Greg Abbott's destruction of the state of Texas 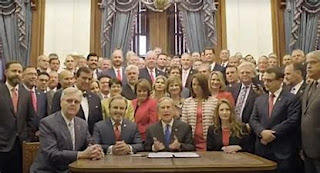 To say the least, Texas is an undemocratic state with a ruthless authoritarian ruling over a coronavirus pandemic that has killed 57,921 Texans. Today there were 18,573 new cases and 297 deaths. Yet lamebrain Greg Abbott keeps telling his constituents he has everything under control. And apparently they believe him since there is no robust recall in progress. More from Change.org...

"Governor Greg Abbott is getting Texans killed daily in record numbers because he has failed to listen to the scientists in regards to the Covid-19 Pandemic."

It's a sign of the new "Republican Times" that you stick your head in the sand and ignore science from every angle possible, just to appease some moronic supporters. Here's the Washington Post's take on how Abbott's Texas is showing us what post-democracy America would look like...

"Thanks to a series of actions by the Texas legislature and governor, we now see exactly what the Trumpified Republican Party wants: to take us to an America where women cannot get abortions, even in cases of rape and incest; an America where almost everybody can openly carry a gun in public, without license, without permit, without safety training and without fingerprinting; and an America where law-abiding Black and Latino citizens are disproportionately denied the right to vote."

Neither I nor most all of my liberal friends want an America as described above. If 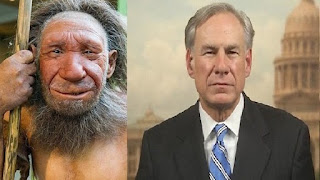 you are a balanced, intelligent, fair-minded individual, you consider these dictatorial attributes right out of the dark ages. But not Greg Abbott who seems to have returned to that period in the way he is running the state of Texas. The new abortion law will certainly be challenged since it is, in effect, illegal according to Roe. v Wade. Pres. Biden has stepped in and said as much.

Change.org is on the attack to remove Greg Abbott with a petition you can sign here...

"By signing this petition, you are urging the Texas Senate to investigate and remove Governor Abbott based on the Chapter 665 of the Texas Government Code." 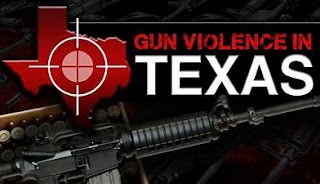 You can add to the above a new gun law that is perhaps one of the most positive in the U.S. allowing literally anyone to buy a gun with virtually no restrictions on the purchase. Finally, the state passed a bill restricting the voting rights of people of color and others in general when it comes to voting by mail. I like to view the latter with the observation that the only way Republicans can win an election is to control it with ridiculous laws like this.

Right now Joe Biden doesn't have the horsepower with a close Senate and House to do damage on the Republicans. Add to that "supposed Democrats" like Joe Manchin and Kyrsten Sinema, misguided mavericks in the Senate who have their own agenda, one that isn't compatible with the Democrats' mission. But, if--and I say this "if" optimistically-- 2022 yields the results that will solidify the left, it could be the time to change the GOP to the FOP, Former Old Party. Peace

Here's an example of Texas's idiot governor in a statement late Thursday: "'things are looking good' in the Lone Star State when it comes to battling COVID-19." This is freaking unbelievable! Abbott is certifiably insane.

Read more here: "The Case for the Second Amendment"