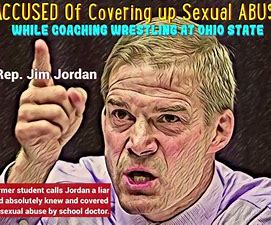 The first point I want to make here is, Democrats cannot afford to lose the House for several reasons, the primary one most obvious. But there is one other lurking in the background that poses a catastrophic possibility. Ohio Republican representative Jim Jordan could be the new Chairman of the Judiciary Committee. If the GOP wins the House. Here's an idea of those duties...

In addition to its critical role in providing oversight of the Department of Justice and the agencies under the Department's jurisdiction, including the Federal Bureau of Investigation, and the Department of Homeland Security, the Judiciary Committee plays an important role in the consideration of nominations and pending legislation.

Do we want this wingnut Jim Jordan in a position to command this kind of authority as one of the most powerful members of Congress? Hell no! And here is why. Jordan had a major role in organizing and perpetuating the Jan. 6, insurrection at the U.S. Capitol. And according to CNN... 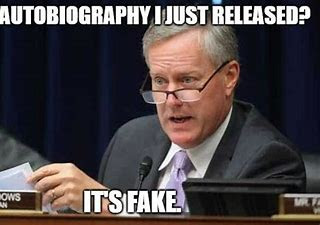 "I don't know how you can ever convince me that President Trump didn't actually win this thing based on all the things you see." Obviously, this idiot has problems with his vision, or is it his brain? Or both?

He also helped promote the 2020 ballot audit in Arizona which turned out to be a monumental disaster confirming that Arizona Senate President Karen Fann is a certifiable imbecile. She has resigned. Next, CNN is reporting that Jordan's text message to Mark Meadows, Trump former Chief of Staff said...

"that Jordan was actively presenting ways to circumvent the Electoral College process on the eve of Pence formally recognizing that Biden had indeed won."

The piece added this...

"is a very different thing from just throwing out some rhetoric on cable TV suggesting -- without any evidence -- that Trump had in fact won. It's taking concrete steps to obstruct the democratic process by which we transfer power in this country."

Rep. Jim Jordan revealed as sender of text to Mark Meadows...
The Republican Party has repeatedly been accused of trying to dismantle our American democracy, and are coming close to succeeding. It's not just at the national level, congressional Republicans, the like, but also in the states with examples like Florida's governor, Ron DeSantis and Texas' Greg Abbott. Here's a recent post: "Florida Gov. Ron DeSantis...a Totalitarian, Fascist Dictator?" Believe the answer here is an unequivocal YES!

But Greg Abbott has done a great job of mucking up the state of Texas with his voting and abortion laws. This lunatic has flown in the face of federal law and the Constitution by barring abortion in his state. Even Chief Justice John Roberts chastised Abbott over legislating against a federal law, Roe v. Wade. There are other GOP governors like Kristi Noem, South Dakota's governor who throws open the doors of her state to Covid-19 super-spreader events.

And the fact that Jim Jordan had an active part of plotting the Jan. 6, insurrection of the U.S. Capitol won't even dampen his chances of becoming the Chairman of the Judiciary Committee. Rather, it enhances them in the eyes of another Republican maniac who expects to be the Speaker of the House, Kevin McCarthy. If for no other reason for saving the House to the left, does this country want McCarthy two heartbeats away from the White House? This is a truly horrible thought.