The Agony of Stupidity...39 Million Unvaccinated Idiots on the Street Worse Than 390 million Guns 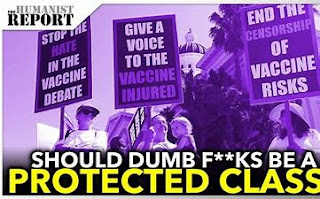 There are almost 400 million guns on the streets of America which are responsible for over 40,000 gun violence deaths each year and increasing every year. But that can't even compare with the over 800 thousand deaths annually from Covid-19, now spreading more quickly with the Omicron variant. It isn't known for sure how many of these deaths are caused by anti-vaxxer misinformation, but considering the amount of this propaganda out there on social media, it is probably high. And now Republican lawmakers are pitying these freaks by passing legislation that prevents the health care industry to do its job. Protect the American public from coronavirus. Here is a headline from the Washington Post that should infuriate anyone who believes in science over the disinformation being disseminated: "Anger over mask mandates, other covid rules, spurs states to curb power of public health officials," Can you believe it...curbing the power of truth over death?
WaPo uses an illustration from Columbus, Ohio, and one of its suburbs, where a mixture of mask requirements exist...

"Under a new law in Ohio — one of at least 19 states this year that have restricted state or local authorities from safeguarding public health amid the coronavirus pandemic — Franklin County’s health commissioner Joe Mazzola can no longer intervene. The county health department was stripped of its power to compel people to wear masks even as the omicron variant fuels a fifth coronavirus surge in the United States."

In effect, this law tells Franklin County’s health commissioner Joe Mazzola that he cannot save lives. This is unconscionable, but a regular move by Republicans across the country. The great GOP killing machine in motion. And here's another headline from the New York Times: "Another Christmas of Death and Distress in America’s I.C.U.s." Healthcare workers are putting their lives on the line this holiday season, while at the same time these imbecilic anti-vaxxers spread more propaganda.

Here's an example of what's going on from Ronda Stevenson, intensive care unit nurse at Eskenazi Health in Indianapolis for the past seven years...

"Instead of taking holiday vacations this weekend, workers at strained hospitals across the nation are working 16-hour shifts. Some have been on the job every day for weeks. Festive meals have been replaced with protein bars and sports drinks."

It's frightening, since Ohio is only an example of what is going on all around the country with over sixteen states adopting similar laws, and more on the books for 2022. Here is the tragedy of the situation by Amy Goldstein of the WP...

"These laws — the work of Republican legislators — inhibit health officers’ ability to require masks, promote vaccinations or take other steps, such as closing or limiting the number of patrons in restaurants, bars and other indoor public settings. Often, the measures shift those decisions from health experts to elected officials at a time when such coronavirus-fighting strategies have become politically radioactive." 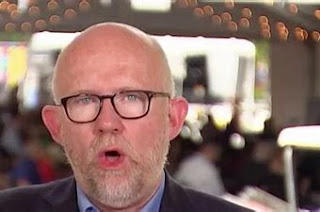 with this blog's assumption their goal is to kill off the U.S. population. The Times reports vaccinations have hit a "plateau" with the Omicron variant in full swing during the holidays...

"Around 20 percent of children 5 to 11 years old have gotten a dose of vaccine. And only around one in three fully vaccinated Americans has gotten a booster."

And finally, Sarah Bahr and Mike Baker of the New York Times wrap up the status of the current situation...

"Nearly two years into a pandemic that shows no sign of abating, doctors, nurses and other frontline workers have already faced the emotional toll of mass death in their hospitals. They have endured the frustration of pleading with the public to take precautions only to watch outbreaks unfold as people ignored the call for help. They have suffered the moral distress of not being able to give patients the ideal level of care."