Anti-vaxxers will not be "coddled" 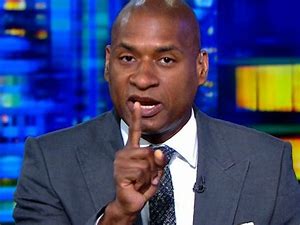 Charles M. Blow is a well-known columnist with the New York Times and he has finally had enough. With anti-vaxxers. Like many of us in the U.S., Blow says, "I am furious at the unvaccinated." The understatement of the year. A personal incident fueled his reaction against a friend who, unvaccinated, could have endangered himself and others around him...like his buddy, Charles Blow. What happened next was typical of a group well defined as anti-science...

"I recently found out that a friend of mine — a smart guy — was not vaccinated, and I confronted him about it.

"How could he have not gotten his vaccination? And how had he not seen fit to tell me and our other mutual friends? Wasn’t he worried about the risk he was posing not just to himself, but to the rest of us?

"He tried to laugh it off, offering up a bunch of concerns rooted in conspiracy theories. But I told him that he had to get vaccinated, period."

Blow also commented, "I will not coddle willful ignorance of the unvaccinated anymore." Well said! Don't you love the word, "coddle?" It means, "to treat tenderly; nurse or tend indulgently; pamper." Not that I think we have had an overabundance of coddling of the anti-science bunch, but there has been more than enough of mutual concession and compromise between those of us who believe that the scientific community knows what it is doing and "those" who don't.

The Story Behind The Anti-Vaxx Movement In America | Rise And Fall...
Charles Blow has more...

"The next time I saw him, he was worried about the omicron variant and asked if I would go with him to get the jab. I texted him a site where he could register and told him to let me know once he had. That was Saturday. He still hasn’t signed up.

"I am disappointed, and I am angry, not just with my friend but with all the people who are choosing not to get vaccinated."

And yes, most of us have tried our best to be "tolerant" with those who sometime challenge the IQ system to its limits. I remember when I was in school, all the way through college, not only in science classes, but any curriculum where you can arrive at a solution by establishing facts that substantiate your problem. The teacher decided we had solved the issue, and we accepted this, not just because the teacher said so, but because we had scientifically determined our results.

I don't like concluding a post by calling names, unfortunately anti-vaxxers have forced this ploy repeatedly in the last two-plus years, and once again I must say it with enthusiasm... the anti-science bunch are IDIOTS.