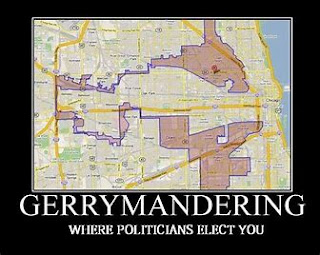 
"manipulating the boundaries of an electoral constituency so as to favor one party or class."

In other words, drawing lines that favor your party so the people in a particular voting district will have the numbers to elect the candidate of their choice. It's been done for years, by both parties, but most recently Republican efforts--while Debbie Wasserman Schultz was asleep at the Democratic National Committee--have put the GOP in the enviable position of controlling an important number of voting districts across the country. And this wins elections.

What ThinkProgress calls an "unlikely alliance" in the U.S. Supreme Court could save "Proportional representation" in No. Carolina and Maryland, where cases are pending. During the process of each attorney arguing his or her case, Justice Kavanaugh made an interesting observation. After listening to one of the lawyers with no comment, Kavanaugh suggested...


"that proportional representation provides the courts with a 'judicially manageable' standard to assess whether a particular map is gerrymandered."

Justice Brett Kavanaugh has been a constant worry of Progressives and Democrats for his conservative views, the most prevalent being abortion. But he, along with Chief Justice Roberts, could help SCOTUS to arrive at an equitable decision for both sides.