The stupid twins skewer each other


Donald Trump and Betsy DeVoss, one supposedly in charge, one appointed, with probably not 100 IQ points between them. First DeVos says she will cut the Special Olympics drastically (272,000 kids affected), then spends several says defending her decision, until the Oval Office lunatic realizes it will look bad for him and his base and disavows Special Olympics cuts. DeVos, the idiot she is, just dangles out there until her tyrant boss tells her what to do.


"on Thursday morning that she was not personally involved in the decision to propose eliminating funding for the Special Olympics, but continued to defend the cut included in her department's budget."

Next, "DeVos issued a statement saying that she and the President agree."

On what, that the Trump administration is in total chaotic confusion?

I posted on this earlier when it wasn't clear who had made this decision. Apparently, it still isn't.
at March 29, 2019

Trump sent California 170 ventilators that DID NOT WORK

Only Donald Trump, in a crisis like this could come up with severely needed medical equipment that doesn't work. HEADLINE: "Cali... 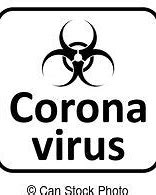