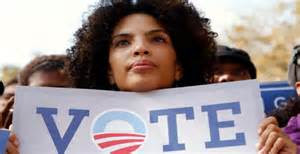 As recently as yesterday, Bernie Sanders had 240 workers on the ground in South Carolina--80% African-American--with 10 offices established. Hillary Clinton only 2 campaign offices, a sparse 14 workers. Sounds like someone is pretty sure of themselves, when the Bern is known to turn the tide overnight. She is ahead in the polls but there is a week to go before Feb. 27, and the fact that the voting day is Saturday will allow more people to get to the polls.

NPR says there is a hitch in Clinton's support, "young, black college-aged voters are turning lukewarm on Clinton." In another instance, "young black voters in South Carolina who spoke with NPR say when they look into Clinton's record, they don't like all they've seen." Many were impressed by Bernie Sanders' consistency, which is one of the great strengths that has carried him this far and a large reason for his regular surges in the polls.

South Carolina is 28% Black, 5% Hispanic. The 18 to 44 age group in the state is 36% of the population, numbering some 1,669,793. The Bern has a pretty good hold on this group, and when you apply the 36% to the African-American/Hispanic population, there is another 549,492 possible supporters. It's obviously conjecture, but if the numbers keep falling into place for Bernie and additional profiles of voters are added, South Carolina begins to look pretty good.
at February 14, 2016