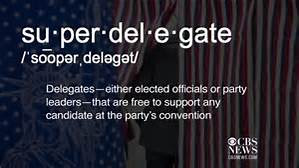 Bernie Sanders took a hit in South Carolina with Hillary Clinton gleaning just over 73% of the vote to Bernie's 26%. But with significant qualification. 61 percent of voters in So, Carolina's primary identified as black, with only about 35 percent saying they were white; Almost 47% of So.Carolina's white population is older, a group which identifies with Clinton. And although Bernie captured the younger vote, even with blacks, the numbers just weren't there.

No excuses...we had all hoped and somewhat expected better for Sanders but it just didn't happen. So where do we go from here? Naysayers like Nate Silver's 538 are saying that So. Carolina is the beginning of the end for the Bern but he's never given him a chance from the beginning and look where the candidate has come from there. The delegate momentum in heavily on Hillary's side 544 to 85, most of which are super delegates.

If you count just pledged delegates, It's Sanders 65, Clinton 91, a reasonable margin considering the odds against Bernie. But let me explain the agenda behind super delegates that could be trouble for the Bern in the long haul. They can support whomever they want to and it is expected a number of them will simply follow party lines. Unless some of them switch their support before the convention, and they can because the commitment is not binding.

So it is yet again too early for the naysayers, as it has been now several times. In the last RealClearPolitics combined national polls for Bernie Sanders and Hillary Clinton, it was Bernie 42.2%, Hillary 47.2%, a gap of only 5%. And this included the Fox conservative poll. The Bern has shocked the media enough times already that they should have learned by now. But like the Fiddler on the Roof, it's "tradition." Tomorrow, what's ahead.
at February 29, 2016