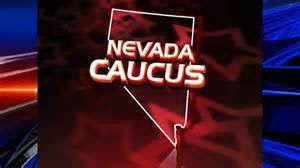 MSNBC reports that Latinos may be softening on their support for Hillary Clinton. One immigrant activist, Marisa Franco, said, “I think she really personifies that candidate whose talking points are dictated by polls and not by taking a firm position on your values.”

In the caucus following the New Hampshire primary, Nevada, leaders of the most powerful union in the state decided they would not endorse any candidate; the union "...a collective of bartenders, housemaids and cooks, is a massive political machine with more than half its membership of Hispanic origin."

With Martin O'Malley out of the race, the Latino support will now be split between Clinton and Bernie Sanders. In Nevada the Hispanic population is 26.5%, but in New Hampshire it is only 2.8%. Bernie leads Hillary 57% to 34% in New Hampshire, Clinton holding an almost 20-point lead in Nevada.

David Gergen made an interesting statement on the CNN Monday night coverage of the Iowa caucuses. He indicated that Hillary Clinton might take many of the southern states but he felt it was possible that Bernie Sanders could take California, The Latino population there is 37.6% but Sanders main group, the millennials, is 77.6%. That would be a huge victory.
at February 03, 2016