The American Legislative Exchange Council (ALEC) has been called a “bill churning mill” primarily due to the fact that, of the nearly 1,000 bills it presents to state lawmakers each year, 20 percent become law.  Some of them verbatim, right out of ALEC’s factory.  Marvin Meadors writing for the Huff Post likens it to the “evil law firm” in the movie The Devil’s Advocate, a 1997 film in which a lawyer finds out his new boss is Lucifer himself. 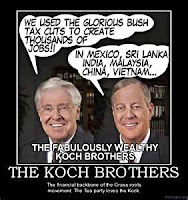 I can see how the Koch brothers, David and Charles, would be considered the devil reincarnated by consumers because everything these two concoct ends up flying in the face of the average American citizen.  Things like the “stand your ground” laws (Castle Doctrine), voter id laws, voucher programs for private schools that dilute public education, anti environmental bills, anti-immigration legislation, anti-worker laws, and the list goes on.
But the Koch brothers aren’t in this alone; their cronies are some of the largest corporations in the , all of which depend on the very consumers ALEC laws are designed to oppose.  Companies like Wal-Mart, Kraft, State Farm, Exxon/Mobil, Verizon, AT&T, Bayer, GlaxoSmithKline, not to mention Koch Industries and there are more.  These back-stabbers are joined by over 2,000 of your state legislators who pretty much do just what ALEC tells them to.
And then there is the National Rifle Assn., which brought the “stand your ground” law to ALEC, who along with the NRA got it passed in in 2005, which then went on to another twenty-something states.  It is the basis on which George Zimmerman shot and killed black teen ager Trayvon Martin in recently, and the possible answer to why justifiable homicides are increasing at an alarming rate in the states that have passed this law. 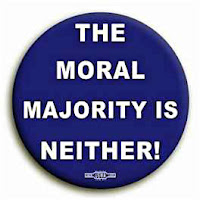 ALEC was actually founded by conservative Paul Weyrich, also the founder of the Heritage Foundation to defy liberal think tanks.  He was one of the earliest to marry conservatives to evangelicals, joining Jerry Falwell to found the Moral Majority.  Weyrich actually said: “I don't want everybody to vote. Elections are not won by a majority of the people.”  He continues, “As a matter of fact, our leverage in the elections quite candidly goes up as the voting populace goes down.”
His underlying meaning, above, becomes quite clear when you consider the voter-id laws that ALEC is proposing under the guise of stopping voter fraud that are actually meant to discourage voting by the poor and ethnic minorities.
But there is probably nothing more profound in ALEC’s privatization efforts than its crusade to turn ’s prisons into private enterprise.  Its model legislation has been responsible for an explosion in prison population.  Laws like “three strikes,” mandatory minimum sentencing laws, and “truth in sentencing” that does away with or limits parole.  As crime fell dramatically in the 1990s, the prison population grew by a half-million inmates, as just one example.
﻿
﻿

And where do we go for the most glaring examples of ALEC’s privatization of prisons?  Why of course.  I did a post on this in February, “Private prisons another example of big business exploiting states,” which related the conspiracy going on between Gov. Jan Brewer’s office, Sheriff Joe Arpaio and the Republican state legislators to bring in companies like Corrections Corp. of America (CCA), and guarantee to keep their cells filled for profit.
But there is a darker side that the state doesn’t talk about because it completely refutes ’s original reason for going this route.  It was to save money, which it hasn’t.  A report released in February reveals that the state overpaid its private prisons by $10 million between 2008 and 2010.  And what they received in return was unacceptable including malfunctioning alarm systems, fences with holes in them, inept staffs plus other problems.
In total there were 157 serious security failings across five facilities.  There were some 28 riots, a figure that cannot be confirmed since the prison administration attempted to hide the evidence.  And just this past Tuesday, ’s Dept. of Corrections awarded a $349 million three-year contract to privatize health care for inmates, costing $5 million more than the state paid in 2011.

These are your tax-paying dollars folks, and ALEC makes the U.S. Congress’ pork barrel politics look like kids stuff.  The question is not if, but rather when, ALEC will come up with a new state program to privatize.  How about parks?  Now that’s a possibility.  Fence them all in and charge admission.  But the state must find ways to force more people into the parks for maximum profit of let’s say a company like “Private Parks of America.”
Absurd?  Not at all.  And if progressives don’t get busy on both the national and state levels and dump these conservative lawmakers that worship big business, this country is in for a shock some day when corporations will occupy the White House and the Congress, not individuals.

BREAKING NEWS: Just announced that Coca Cola and Pepsico have severed their ties with ALEC due to pressure from special interest groups.  More on this later.
at April 06, 2012