Corporate stampede to dump ALEC – Do your part today 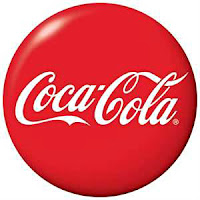 Unfortunately it took the death of Trayvon Martin in at the hands of George Zimmerman to convince at least some of the corporate world just how despicable the American Legislative Exchange Council (ALEC) is.  When the National Rifle Assn. (NRA) brought the “stand your ground” law to the them, it was originally passed in 2005 in , later being passed by 20-something other states.  The law’s efficacy is being questioned nationwide.
This is all the result of the dedicated reporting of the Center for Media and Democracy (CMD) on ALEC’s activities in an expose that finally put this reprehensible organization in the spotlight, drawing attention to its lobbying efforts on the state level that favor big business at the expense of the consumer.  The very consumer that supports these large corporations that also support ALEC.  Well the tide has turned and they are dropping like flies. 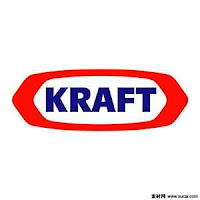 It was announced late last Thursday that Coca Cola and Pepsico had dumped ALEC, then on Friday Kraft and Intuit decided to bail.  No doubt more are on the way and this list will need to be updated regularly today.  But there were holdouts, some you deal with every day, and you should know who they are (below), and I will show you later how you can add your voice to the referendum. 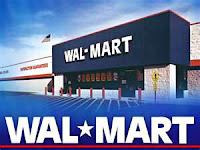 Wal-Mart refused to withdraw its support of ALEC claiming, "Our membership in any organization does not affirm our agreement with each policy created by the broader group."  Not good enough and you should let the retailer know by your future shopping habits.
According to Reuters, due to “political risk,” Pfizer, Reynolds American, Altria/Philip Morris and non-board ALEC member Procter & Gamble refuse to leave ALEC.  Customers of these companies should decide whether they want to leave them.
Exxon Mobil and British alcohol firm Diageo (makers of Smirnoff products and Johnnie Walker whisky) declined to comment.
﻿
﻿

Pfizer, the world largest drug manufacturer, said, "We don't agree with every ALEC position, but we participate in ALEC's healthcare forums because state legislators that are the members in ALEC, they make decisions that impact our business and the country's business every day."  Not added is the fact that state lawmakers pass the laws dictated by ALEC, unfavorable to drug users.
Reynolds (Camel cigarettes) said ALEC provides "a valuable forum for sharing of ideas and fostering better understanding of a broad range of both legislative and business issues."  In other words, we let them do our dirty work.
Others who weren’t talking when this was posted are Bayer, GlaxoSmithKline, Johnson & Johnson, AT&T, State Farm, plus others.
Now this may all change during the day, adding more dropouts, and you can check the progress of this issue by going to CMD’s site, ALEC Exposed.  And in case you aren’t mad enough yet to participate, here are a few priority items on ALEC’s agenda:
Get the scoop on ALEC below from a U.S. Representative:

So now that you are mad enough, here are some sites to visit where you can learn more about the antics of ALEC.  First check out the ALEC Corporations that are involved in this conspiracy and you will see a wide array of the corporate world.  It’s alphabetized for easy reference.  Next, find your state lawmakers that do just what ALEC mandates and tell them to stop this practice and start representing the people or you will vote them out of office.
Now that you are fully armed with information, you are ready to take action on your own.  Go to CMD’s Dump ALEC site and you can send your own letter to corporate that says you are sick and tired of these underhanded methods to undermine your rights as a consumer and a customer.  You’ll feel better and it will help CMD in its fight to oust ALEC.  Do it today!
at April 09, 2012