In 1994 running against Ted Kennedy for ’ Senate seat, Mitt Romney said, “I don’t line up with the NRA” on gun control.  By 2008 he had completely reversed himself stating that if he became President, he would support the 2nd Amendment and vigorously defend the rights of Americans to defend their homes.  This was also at odds with the fact that early in his political career he was supportive of many gun control laws, particularly the Brady Act.
Today the GOP candidate is opposed to any further gun control legislation.  He called Trayvon Martin’s shooting “a tragedy” and said there should be a “thorough investigation.”  To my knowledge he didn’t mention the “stand your ground” law, nor did he comment on whether it was good or bad legislation.  It would seem to me the perfect opportunity for President Obama to come out in full force to repeal all these laws and challenge Romney to his positio
Mitt Romney on gun control 4 years ago:


In his 1994 Senate bid, Romney defied the National Rifle Assn. (NRA) by saying that he favored strong gun laws and did not “line up with the NRA.”  But in considering a run for the presidency in 2006, he signed up for a lifetime membership in the NRA.  He even praised the group for “doing good things” and confirmed “supporting the right to bear arms.”  When asked in 2007 if he was still in favor of the Brady Bill he was vague and referenced his term as Governor. 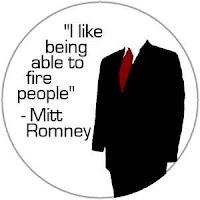 Romney said that he signed the assault weapons ban as ’ governor exclaiming that it was a “weapon of such lethality” and poses grave risk to law enforcement.  This didn’t get him any accolades from the NRA but then that may well be put aside when he addresses the gun lobbying group at its annual meeting Friday the 13th in
This after the recent Trayvon Martin shooting and the earlier massacre in , injuring former U.S. Rep. Gabby Giffords and killing six.  This when the nation is still reeling from mass school shootings and a potential hate crime that left 3 dead and two injured in Tulsa, OK.  I am running a documented count of shootings across the which I started in March and will publish monthly.
While campaigning, Romney tells potential voters that we have all the gun control laws we need and about a month ago let the world know he owns two shotguns.  Not a handgun, mind you, just two shotguns and he actually doesn’t even own them.  In an interview with the Boston Globe he bragged of being a hunter and having a gun of his own.  He was corrected by the interviewer who said isn’t that your son’s gun?  Romney responded, “Um, well, yes, but so what? 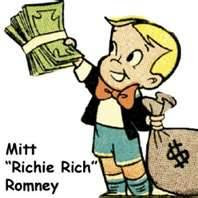 The man is an enigma unto himself, making it repeatedly clear that he is swayed by the issue at hand and will switch in whatever direction necessary that will benefit his candidacy.  By the way, this isn’t Romney’s first appearance before the NRA.  He addressed them in 2008 and 2009 and sent a video message for the 2011 annual meeting.  Since charges against Martin’s killer, George Zimmerman, have been made, will this come up at the NRA’s meeting?
And finally, the dreaded link with Barack Obama in his views on gun control.  Yes, says former presidential candidate Rick Santorum, Mitt Romney does share many of President Obama’s views on guns.  He also included the issues of health care and energy policy in this forum.  Santorum sums up Romney’s apparent nomination by saying, the party shouldn’t nominate a moderate with this little contrast with the President.  But it sure looks like they will.
at April 12, 2012