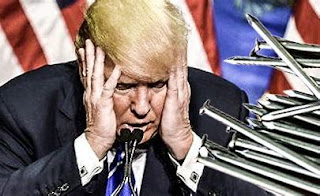 My wife and I watched the last session of the January 6 Committee yesterday and the summary and wrap up was very convincing. Donald Trump is corrupt and an anarchist with solid proof from the Committee allowing them to refer prosecution of Trump to the Dept. of Justice on the following charges...

"to prosecute Trump for obstruction of an official proceeding, conspiracy to defraud the United States, conspiracy to make a false statement and incitement, rebellion or insurrection."

The Committee could also recommend ethics charges against 5 Republicans for refusing House subpoenas: House Minority Leader Kevin McCarthy of California and Reps. Jim Jordan of Ohio, Mo Brooks of Alabama, Andy Biggs of Arizona and Scott Perry of Pennsylvania. Of course, the GOP takes over the House in January 2023, but with the amount of chaos surrounding who will be Speaker, it looks like 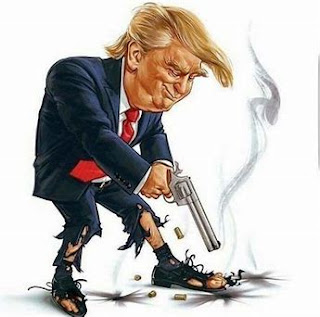 there will be non-stop turmoil facing Congress.

If you watched, did you see the commitment and passion when Adam Kinzinger spoke? The U.S. Congress will lose a valuable asset when he retires, as well as Liz Cheney leaving due to losing her election. Cheney pledged herself and her career to get rid of Donald Trump, which culminated in the Jan. 6 Committee. Others on the panel were clear in their condemnation of Trump using clips from his administration to illustrate how he broke the law over and over.

There is talk that these prosecution referrals of Trump will face a number of obstacles when it gets to the DOJ. One is Merrick Garland's record of moving so slow in Donald Trump's prosecution, but it is hoped that the latest appointment of fireball prosecutor, Jack Smith, will move things along now. There is also the feeling that, if brought before a jury, a general public would be reluctant to convict 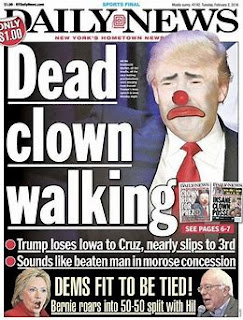 a former president, or a Trump minion would be on the jury.

No matter what, the Jan. 6 Committee has done an excellent job in bringing Donald Trump to justice for his transgressions. We can only hope that the DOJ will do their job now.