One euthanized animal in a wealthy America is too much 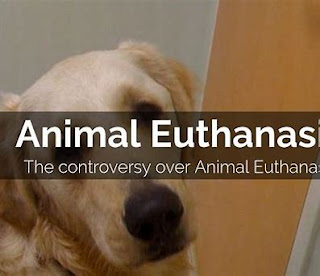 In case you haven't heard, animal shelters around the U.S. are loaded beyond capacity. The public decided they can no longer keep their pets so they just dump them at the local shelter. There are hardships where this is necessary but too many use this as an act of convenience even where the family has had their animal for several years, a forever home? I've said this before but it bears repeating...would you give up your human child in similar circumstances? I think not.
There are reasons for these actions, according to The Hill...

"Animal advocates cite the decline of virtual work, a national housing shortage and the rising cost of kibble, among other factors."

Packed with pets: how you can help struggling animal shelters...
This all coincides with the coronavirus pandemic where people began an influx of adoptions. But some apparently weren't really animal lovers. As the headline indicates, "the number of cats and dogs facing possible euthanasia stands 100,000 higher this year than last." This is incredibly insane for both the animal advocates (should do a better job of spay and neutering) and a portion of the American population that considers pets "just animals," whatever that means.
The word is out and here are just some of the numbers...

An Atlanta shelter designed to hold 80 animals has been running nearly 300 dogs over capacity. Another in Montgomery County, Texas, has housed more than 400 dogs in space designed to hold 180. At an overcrowded facility in nearby Brazoria County, “we’ve started stacking crates in the bathroom.”

Julie Castle, CEO of Best Friends Animal Society, said, “Nobody’s job description should have killing animals as one of the things on the list.” Yet someone has to do it...or do they? Volunteers are needed as this is certainly not a for-profit industry. Anyone who can spare any amount of your time, please contact your local shelter to let them know you are available. This would allow them to do more spay, neuter and release projects which helps to control the animal population.
On the other side, I would like to see a massive education program, funded by grants and/or animal lover donors, which details the fun and satisfaction of having a pet in your home. It should emphasize the love and affection that results and the times your animal(s) will literally lift you out of the doldrums. They will be there for you and you should be there for them. Please read this article in The Hill. You'll be glad you did and so will the animals in the shelters.
at December 12, 2022