Jodi is a little girl dog in Georgia living with what she thought was her forever family. She had been there for seven years when she was surrendered to The Little Guild. Staff says she was really scared and just wanted to go home. According to The DoDo, Jodi didn't know what was happening or where her family had gone.

Here are some facts from the ASPCA...

If those numbers don't make you think twice about abandoning your pet, then you need to look deep inside for more compassion. As ardent animal lovers we have considered our gang of eleven rescued cats as part of the family. Eating, sleeping, drinking and their healthcare are all a part of our family program. I know you have heard it before...they are our children. Jodi has become more confortable at The Little Guild but it took time to build her trust. 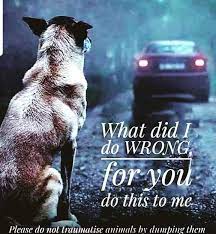 Jodi hasn't been adopted yet, which suprises the shelter staff, since she has become so lovable and outgoing. But they feel strongly that it will happen. The little girl is lucky but look at the above stats and think of the awful consequences if you decide to abandon your pet. PLEASE!