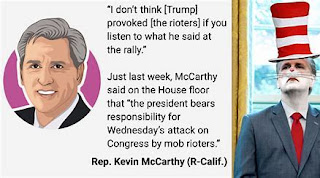 This is another Republican liar we have learned not to believe. Did Kevin McCarthy learn it from his pal, Donald Trump? 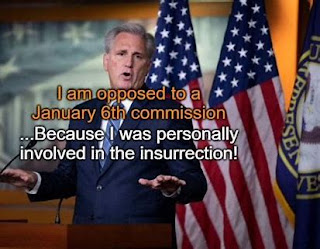 Doesn't this make Kevin McCarthy ineligible to be a member of Congress? 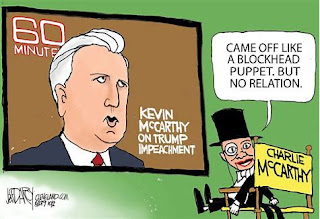 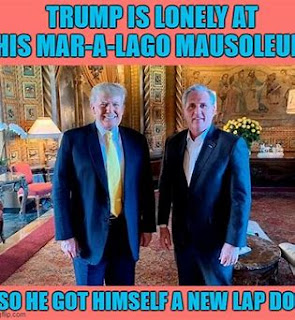 Sorry about the cutoff picture but I couldn't resist the description of Kevin McCarthy as Donald Trump's lapdog. 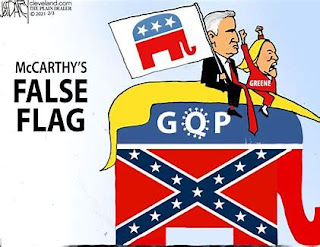 The question is, are Kevin McCarthy and Marjorie Taylor Greene in a love-hate relationship? With any luck, they'll take each other down. 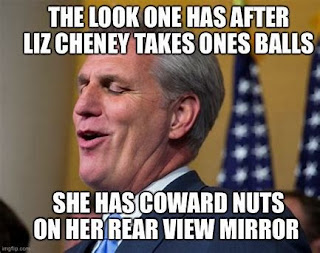 Actually, in addition to Kevin McCarthy, Liz Cheney has a lot of mens' gonads after her participation in the Jan. 6 Riot Commission. But most notably Donald Trump. 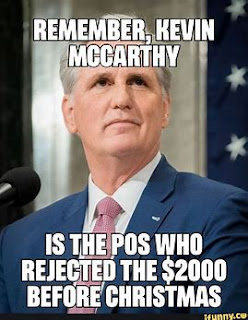 I have no words that would better describe Kevin McCarthy than a POS. 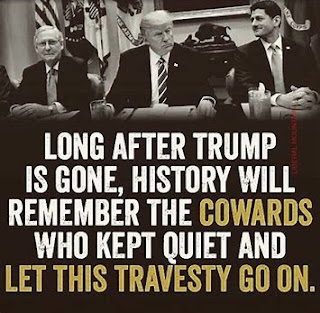 And, although not in the picture, Kevin McCarthy was one of those that both endured and supported Donald Trump lies and corruption.