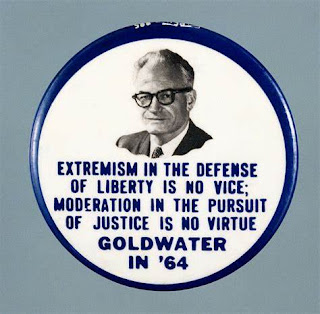 The American public was worried that Goldwater was a danger with his finger on the button. 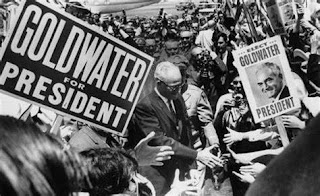 Goldwater lost in one of the largest landslides in history to Lyndon Johnson in 1964. 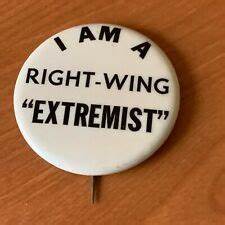 As the 1964 Republican convention approached, many political observers warned that right-wing extremists were about to take over the Grand Old Party. Barry Goldwater’s critics now see today’s Republican extremism in 1964.
But there is no comfort in knowing that Donald Trump was not the originalist on right wing extremism. And there is no doubt the Trump-borne extremism is much more severe than was Barry Goldwater's. At least Goldwater had the best for the country behind his beliefs.
at December 14, 2022