Should We Cancel Thanksgiving This Year? NO but... 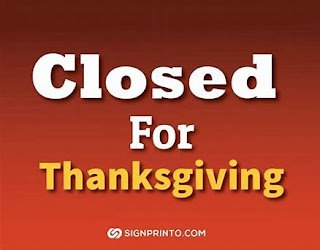 Starting with the corruptive enigma that almost brought down this country, Donald Trump has decided to run for President again.

I, and millions more can't be thankful for that.

I am not thankful for the amount of animal abuse and cruelty that is going on in the U,S, and in the world. In this country an estimated 115 million animals in science labs are killed every year for chemical, drug, food, and cosmetics research. Every 60 seconds, one animal suffers abuse; Every year, more than 10 million animals die from abuse in the US alone; There are over 10,000 puppy mills in the United States.

Millions are definitely not thankful for this. And I do not see how anyone could abuse an innocent animal; it takes a sick human being to do something like this.

Next, the idiot Elon Musk, a leader in electric vehicles, recently bought Twitter and is slowly but surely dismantling one of the best social medias the world has known.

Again, myself and millions can't be thankful for that.

A number of viruses, infections, new variants and most recently a deadly fungus threaten the U.S. population. How did it start and then spread so fast?

Once more, millions recognize that beginning with the pandemic and continuing with the current onslaught of calamities must, to some degree, be blamed on anti-vaxxers that we certainly can't be thankful for.

A recent blue tsunami in the November election is something to be thankful for, but the GOP although barely winning the House, does open the door to idiocies like the Hunter Biden investigation being planned by Jim Jordan.

Certainly nothing to be thankful for on either side of the aisle.

And then there are Marjorie Taylor Greene and Lauren Boebert, the shallow and brainless Bobbsey twins that barely tip the meter of double-digit IQs.

If you really searched high and low, there is absolutely no way to be thankful for these two idiots.

Look at gun violence. With two recent incidents of mass shootings at the Univ. of Virginia and another at LGBTQ Club, Club Q, eight are dead along with multiple injuries. There have been 39,005 gun violence deaths so far this year and 34,706 injuries from gun violence.

No one should be thankful for the National Rifle Assn. and its head, Wayne LaPierre, as well as the minions that serve him. Also, those gun nuts out there who have blocked responsible gun legislation.

Perhaps the most pressing problem the world has ever had, climate change is drying up lakes that are critical for reservoirs in the U.S. and causing weather calamities that are changing lives around the world. Although the Republicans take the lead in the denial of this issue. the Democrats have also dragged their feet. WHO estimates that half of the world’s population will be living in water-stressed areas by 2025.

How could anyone possibly be thankful for this.

The U. S. has a Supreme Court that has moved so far to the right there are calls for impeachment for at least two judges, Clarence Thomas and Samuel Alito. In the court's recent decision to in effect repeal the abortion act, Roe v. Wade, millions of women have been compromised, and they are mad as hell. They showed their anger in the recent election by turning back the expected red tide.

Yes, there are millions who are not thankful that the right to control their own bodies has been taken away from them.

Democracy is slowly dying, made possible by the autocratic government of Donald Trump's administration in the White House, supported vigorously by the Republican Party.

Who could want their rights taken away from them and end up living like basketball star Brittney Griner has been forced to do? But this is the way they do it in a fascist government.

And the last entry leads to the question of whether Americans could live without their right to vote. If Republicans have their way vote will be restricted for some constituents; as an example, the black vote.

I am not thankful for the many laws the GOP has managed to pass and the new drawing of voting districts just to favor the right.

There are more I know but this is enough for now.

Back to my original question, NO we shouldn't cancel Thanksgiving. What we must do is be thankful that we still have the right to fight tyranny and make it a 2023 resolution to try and mend the fences that have been erected by both the Republicans and Democrats, and return to the use of the two words negotiate and compromise. Without them, we are a lost nation.