People are still making up their minds before going to the polls next Tuesday. Over 20 million Americans have already voted and the U.S. Elections Project reports that more Democrats than Republicans have voted early. With a turnout of 154.8 million (66.8% 18+) in 2020, and with expectations higher for the 2022 midterms, there should be an onslaught on Nov. 8. Michael Moore says it will be a blue tsunami. It should be, based on the accomplishments of the Biden administration from Matt Robison of RawStory.

You also must credit certain Democrat congressional members for their support of the President's agenda; and then there are others like Sen. Krysten Sinema of Arizona and Sen. Joe Manchin of West Virginia that fought Biden all the way. However, the Biden administration hasn't done a good job of communicating their record achievements, an effort I hope to rectify here to the best of my ability. So, just before that surge to the polls, here are the real facts on Joe Biden.

The covid pandemic:  Biden executed the most successful American 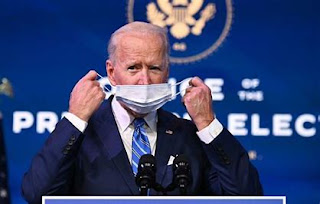 vaccination program in history – from under 1 percent of adults fully vaccinated to over 75 percent, with over 500 million shots administered – and from less than half of schools open to almost all of them.

Budget: Jerome Powell has been in a year-long effort to lower the inflation with some success. And, there is the Inflation Reduction Act which reduces the deficit by $300 billion.

For Safety: The President passed the biggest anti-violence measure in decades, including the Gun Safety bill and strengthening the Violence Against Women Act.

Protecting America and our allies: No country has been more active in the support of Ukraine and its fight against the Russians. Biden also kept the NATO alliance together in support of Ukraine following the Russian invasion, brought in two new countries and took out the world’s number one terrorist, Ayman al-Zawahri.

For diversity and equality: Democrats made lynching a federal hate crime, made Juneteenth a federal holiday and Biden appointed more Black women to the US Court of Appeals in one year than any president in history.

Confronting poverty: The Democrats' child tax credit created the largest-ever one-year decrease in childhood poverty in U.S. history, around 3 million kids were affected. Households saying they didn’t have enough to eat dropped by a third.

Healthcare: Democrats’ new tax credits resulted in a record 14.5 million Americans signing up through the ACA, including 5.8 million new people getting coverage. They forced drug companies to negotiate prices for the elderly and capped costs at $2,000 per year. This will save elders thousands annually.

Support the police: Democrats passed 4 bills supporting both police and 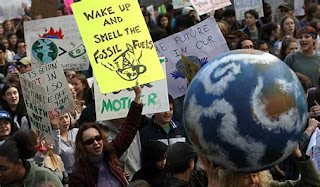 crime victims. During Biden's administration he has had to contend with Republicans, especially Donald Trump, advocating violence.

For Veterans: Democrats allocated funds for hundreds of thousands sickened by burn pits in the Afghanistan and Iraq wars.

Roads, bridges, energy: the bipartisan infrastructure bill will finally fix America’s infrastructure. In 2022 alone, repairs are starting on 65,000 miles of roads and 1,500 bridges, with thousands of jobs created.

As you can see, there is something for everyone. Joe Biden may be softspoken and laid back but he acts with the forceful action this country needs to move back into its place in the world as a leader. We need Biden and supporting Democrats to get the job done after the damage the Republican Party has wreaked on America, led by Donald Trump. We need Joe Biden as president to protect our democracy.