With the 2022 midterm election just a week away, and with the polls indicating, well, your guess on that is as good as mine. It all depends on who is doing the poll and sometimes there is no real conclusion. The one person who is sure about the outcome of the November 8 election is documentary maker, Michael Moore...

"Left-wing filmmaker Michael Moore isn't backing off his predictions that Democrats will win big in the 2022 midterm elections, even as polls paint an increasingly dire situation for the party." 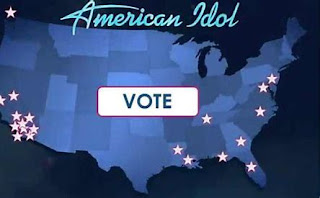 I did a blog post in May of 2008, fourteen years ago. At the time it was an attempt to compare the response of the American Idol TV show with the response to voters in American elections. Admittedly, it is a loose correlation, but one that shows the American public is more involved with its entertainment interests than it is with its civic interests. Here's my scenario...

In the 2004 Presidential election, 64 percent of the 197 million citizens age 18 and older (126 million) voted. But of the 72 percent that took the time to register (142 million), 89 percent indicated they voted. Big difference in those percentages, proving that to get out the vote, you have to get people to register first. Duh! Independents totaled 26 percent of the voting population; Democrats and Republicans were 37 percent each. So what’s the problem, you say? Looks like the apathetic way American voters have always approached their elections, and that, I tell you, is the problem. And now the comparison...

Here are the statistics to prove it [the apathy]. The 97.5 million Idol votes in 2008 were 23.5 million more (31.8%) than the 74 million in 2007, when another very popular contestant by the name of Jordin Sparks won. Now compare that with Presidential voting in 2000, where the turnout was 60 percent, only increasing to 64 percent in 2004, an increase of only 6.7 percent. Keep in mind that in both 2000 and 2004, there were critical issues at stake to this country, and concerned Americans should have rushed to the polls in droves. But they didn’t. So they ended up getting what they deserved.

I made the comment that Idol does provide release, and Presidential elections only 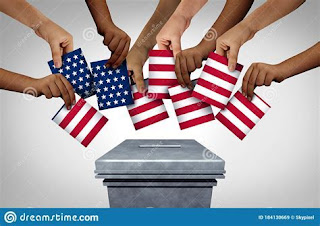 give us decisions to make that will determine how the country is run. And this, too, is another problem in the U.S. voting process. On what do we make our decisions? I know what I do but it is painfully obvious that much of the American public makes their decision based on what the media tells them to do. Otherwise, why would candidates spend millions of dollars advertising?

I Googled "stupid voters like sheep" and got over 2 billion results, which indicates to me the interest in this issue. One of the articles from Salon, "The sheep-like loyalty of Trump supporters is starting to backfire," states that Donald Trump thinks his voters are morons, which would be right considering who they voted for. Another says, "Sheep are smarter than voters,"  one more asks the key question, "Are American voters stupid?"

If you don't yet get the idea, the conclusion is that the American public harbors a drastically high number of apathetics who either don't give a crap who runs this country or they are too dumb or lazy to do their homework before voting. In case you haven't realized, losing your voice in determining who runs the U.S. government is the same thing as losing democracy. THINK ABOUT IT AND VOTE NOV. 8!