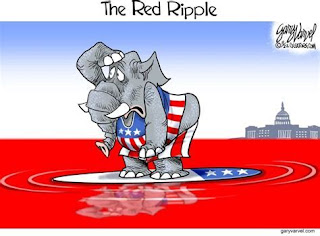 The Washington Post coined the saying adding it was a "messy" one at that. At the same time, RawStory exclaims, "Not many signs of a red wave at this point’: Election experts say there’s lots of good news for Democrats." Okay, it wasn't a blue tsunami like Michael Moore predicted, but it also wasn't a blowout like Republicans envisioned. The governor's race in Arizona is still up for grabs with Democrat Katie Hobbs 50.1% of vote, Kari Lake 49.9%. 73% of votes counted.

The pundits have labeled Arizona a test of the future of democracy in this country. If the denier, liar and conspiracy specialist Kari Lake, supported by Donald Trump, wins, Arizona goes down the tube. Unfortunately, Paul Gosar and Andy Biggs did win reelections but, there is some good news...

And more on the good side: For U.S. Senate, Democrat incumbent Mark Kelly 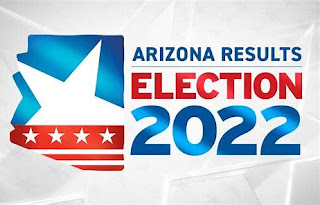 51.2% and Republican Blake Masters 46.6%, 66.9% reporting. There are other Arizona races but none as important to the democracy to the state and the country than the above.  Just before 11 PM Tuesday on MSNBC Jen Psaki observed...

"This was supposed to be an election where it would be embarrassing for Joe Biden to wake up in the morning. And it's not going to be."

"Voters, it would appear, saw this midterm as something more than a referendum on the party in power; with Republicans putting forward a host of extreme, election-denying candidates and little by way of an agenda, it became a choice between two drastically different paths forward." 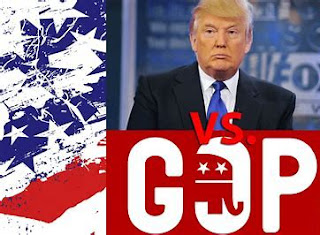 "Between former president Donald Trump’s continued domination of the news and the backlash against the Supreme Court’s decision to overturn the right to abortion, Americans are — rightly — focusing on the question of what the opposition party stands for and what Republicans would do if they again found themselves controlling one or both houses of Congress."

The key here is the question of whether Republicans have an agenda? As an example, Arizona's gubernatorial candidate, Kari Lake's agenda is that she is an avid Trump supporter, that's it, a fact that has proved fateful for others like her across the country. There is still a lot to be determined and we aren't likely to have Georgia results on Warnock and Walker until Dec. 6, an important race for the control of the Senate.

With egg on their face, Republicans will still attempt to show us what they can do. History tells us that could be a disaster.