What is Wrong with a Federal Firearms Registry? Got Something to Hide? 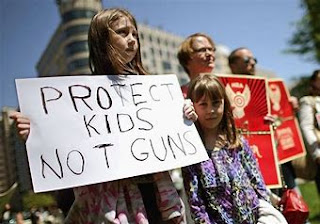 Are gun owners afraid to admit or reveal they own firearms? Maybe it's because they have an arsenal at home and don't want the government to know. The idea the Feds will take your guns way should only concern those who are doing something illegal or unethical in their gun ownership. In a country where there are more guns than people, there are 393 million civilian-owned firearms in a population of 333,728,343. To say the above is absurd is the understatement of the year.

So far in 2021, there have been 40,704 gun violence deaths broken down by 18,792 homicides, 21,912 suicides. There have been 646 mass shooting, in most cases involving an assault weapon, and tragically 1,374 children have died from gun violence and hundreds injured. If you can argue that there should be more guns on the street after seeing those numbers, and deny the fact we need more gun control, then you are a thoughtless, heartless gun nut.

A gun registry could help improve those numbers simply by the fact that a gun used in the killing or wounding of an individual can be quickly traced back to its owner. If you are a law-abiding firearms owner, you have nothing to worry about. However, here is the opposition to the registry,,,

"Republican Rep. Michael Cloud of Texas led 51 of his colleagues in a letter to acting ATF Director Marvin Richardson on Monday, expressing their concern over a proposed rule by the agency that Republicans fear could eventually lead to a backdoor gun registry around Congress’ prohibition."

What the hell is a "backdoor gun registry?" The term implies the fact that it would be wrong to legislate something that could save lives, particularly those of innocent children. Involved is a "20-year burn date that the federal firearms licensees must abide by, requiring them to preserve firearm purchase records older than two decades." Records eventually end up in the hands of the ATF. And what's wrong with the leading gun agency knowing who owns guns?

This is all ludicrous, but there is even more. This same group of Republicans says...

"The Biden administration is yet again ignoring the real threats against America and instead using political leverage to encroach on the constitutional rights of law-abiding citizens."

And finally, these gun nuts in Congress make the case for gun control advocacy. They say the new rules...

"will enable the Biden administration to collect more information on law-abiding gun owners, all with the purpose of eventually having a registry of every gun owner in the United States."

Of course it will. And what is wrong with that?