The Agony of Stupidity...GUN VIOLENCE 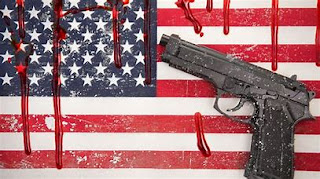 The agony of this issue is the fact that something could be done about gun violence, but the first question is, do we need more guns on the street than there are American residents? NO! But there are 393 million guns, only 326 million people. The first move should be to get as many of these guns off streets as possible, and, again, yes, there are some people out there that don't need a gun. And there are some who don't need an arsenal; in 2020 the average gun owner had 8 guns.

As of November 16, 2021, according to the Gun Violence Archive, there have been 39,275 deaths due to gun violence; 18,155 homicides, murder, etc. and 21,120 suicides. Add to that 35,963 injuries due to guns and you have a situation that is completely out of control. Yet, gun nuts, which include not only some gun owners, but also politicians, who have conceded to the gun lobby for years, taking their money in return for legislation protecting these same gun nuts.

As an example, in Arizona, the state where I live, all that is necessary to own a gun is a warm body. They can take their firearms pretty much anywhere they want to, and now Congress is considering legislation so owners can carry their guns across state lines all around the country. I am 89 and not once has there been the case where I have needed to carry a gun. Agreed, there are limited cases where this might be required; single females living alone as an example.

A well-known firearms researcher says "America is on a collision course with disaster. We need to listen." Garen Wintemute, 69, is director of the California Firearms Violence Research Center at UC Davis, researching gun violence for around 40 years. Here's why...

"He’s also an emergency room physician whose obsession with firearms violence grew from his constant treatment of gunshot wounds."

“How could we have prevented this from happening? I’ve tried to 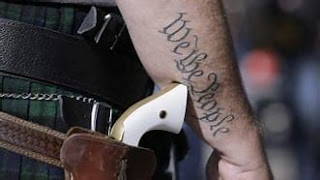 understand some of the social determinants in a gun purchase.”

“The risk of major political violence is higher now than at any other time in my lifetime,” said Bob Shrum, a former Democratic consultant who is director of the Center for the Political Future at USC.

Schnur cited the violence at the U.S. Capitol on Jan. 6 insurrection, where 5 people died from gun violence, adding...

“As long as we convince each other that people who disagree with us are evil, the likelihood for violence will keep growing. The answer isn’t more gun control or more gun ownership…. The core issue is tolerance.”

And if all this isn't enough, we now have ghost guns, and I don't mean the creepy crawly kind. This new quirk for gun nuts is a make-at-home kit for a real gun that is available through gun dealers and online. There is some work necessary to complete the firearm and, when complete, the piece is not subject to regular gun regulations, thus, no serial number. Just another way for an anonymous homicide with, essentially, a throwaway killing machine. What's next?

Back to my initial statement, 'something could be done about gun violence,' there is a need for some new gun control laws, and revision of some already on the books. A priority is to revise the open/concealed law to include only those absolutely in need. Another, create a national registry, eliminate the gun show loophole, cancel straw purchases and get rid of the NRA, the main source of gun violence with its philosophy of 'more guns on the street.' Unfortunately, there's more.