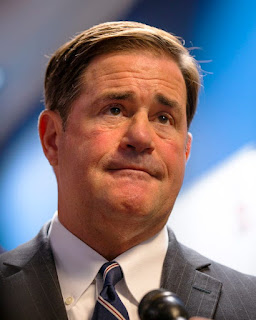 It's official, Arizona has risen to the top as the states where COVID-19 has been the leading cause of death during the pandemic. One of the local Phoenix top newspaper columnists, E.J. Montini, sums it up...

"All during awful days, the worse days and the catastrophic days of the pandemic, Will Humble has been a voice of reason in Arizona’s political wilderness, most often unheard and unheeded by Gov. Doug Ducey and those in charge of the state’s COVID-19 response."

Will Humble is the Executive Director for the Arizona Public Health Association, and former Arizona Health Director, who has been a driving force in fighting the onslaught of the coronavirus pandemic in Arizona. That is, in spite of Doug Ducey. It was Humble who chose the "evidence-based policy"approach, where the short-sighted Ducey went with...

"misinformation, lies and political pressure put on by everyone from former President Donald Trump to the anti-vaccine elements of the Republican party."

It is the kind of reasoning that prevails in the Arizona Republican Party, adhering to ideologies and power grabs on the right that has made it, for example, one of the easiest states in the U.S. to own a firearm. And just look at the leading contender 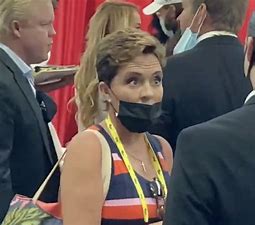 for the replacement of Ducey, Kari Lake, a former TV anchor who has a misplaced brain, like the majority of Republicans here. And then we have mentally sick House Representative Paul Gosar who threatened AOC with anime video killing her.

Here's more from Will Humble's report...

"But Arizona stands alone at the top."

Humble did warn Ducey of what was coming, but the lame-brained governor was so enamored with Donald Trump and his methods that he allowed the state he is fully responsible for to sink into the depths of the Covid calamity, throwing precautions completely to the wind. As Montini tells us, "More than 21,000 Arizonans have been killed by the virus. Further, he says...

He [Ducey] issued orders against “vaccine passports” and mask mandates in schools, and said things like, “While we strongly recommend all Arizonans get the COVID-19 vaccine, it’s not mandated in our state — and it never will be. Vaccination is up to each individual, not the government.”

He said, "We will not be listening to the lockdown lobby. Businesses will stay open. Students will be able to attend school. There will be no mask mandates. We have a proven solution with the vaccine."

We get rid of this moron next year, but if Kari Lake is what we have to look forward to, one has to ask, 'is there any hope for Arizona?' I have lived here almost 25 years and I think so. However, it means getting rid of the Republicans who currently run this state.