Holding on to Democracy 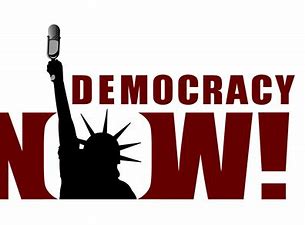 It would appear that Donald Trump is slowly losing at least some of his appeal in the higher echelons of Republicans. Rupert Murdoch, whose Fox News misinformation network has regularly supported Trump since he came on the scene several years ago, is tiring of Trump's living in the past. In a recent speech Murdoch said...

the United States faces a number of major political decisions that conservatives will fail to shape unless Trump moves on. "The current American political debate is profound," he said, citing education, welfare and economic opportunity. "It is crucial that conservatives play an active, forceful role in that debate," he added, "but that will not happen if President Trump stays focused on the past." 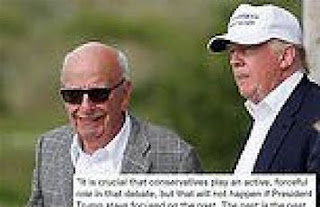 former White House maniac has clearly put himself in the forefront of the Republican drive to overthrow out democracy. Here's a comparison between parties by Jennifer Rubin of the Washington Post...

"The Republican Party’s tolerance of violence is not matched by Democrats. Nor is the Republican Party’s refusal to recognize the sanctity of elections. Democrats did not call the elections they lost in 2020 and 2021 “rigged,” nor are they seeking to replace nonpartisan election officials with partisan lawmakers. Republicans’ determination to change voting laws based on their insistence that Donald Trump won the 2020 election is without historical precedent."

Another big threat to U. S. democracy is the corruptness in GOP gerrymandering. Here's an illustration of just how bad it has gotten from the New York Times...

"A year before the polls open in the 2022 midterm elections, Republicans are already poised to flip at least five seats in the closely divided House thanks to redrawn district maps that are more distorted, more disjointed and more gerrymandered than any since the Voting Rights Act was passed in 1965."

Republicans Are Running Against Democracy Not Democrats | Rachel Maddow | MSNBC

But getting rid of Donald Trump may not be the advantage it seems. Some pundits believe that Trump will not run because he is afraid he cannot win. He has crossed swords repeatedly with Gov. Ron DeSantis of Florida who has aspirations of a 2024 run. In the above scenario, we'll take Trump to lose. There are more in Ballotpedia's lineup like Texas Gov. Greg Abbott, Chris Christie and others. If I had to make a choice, the least undesirable would be Christie, but just barely.

However, the major roadblocks with any GOP candidate is simply, they are Republicans. If you look at Jennifer Rubin's assessment that chronicles how the party is anti-democracy: they tolerate violence, actually, in some cases promote it; refusal to recognize the sanctity of elections; determination to change voting laws based on their insistence that Donald Trump won the 2020 election. Republicans are, just, Republicans which has become the party of anti-democracy.