JOE BIDEN Will Not Let REPUBLICANS Destroy Our Democracy 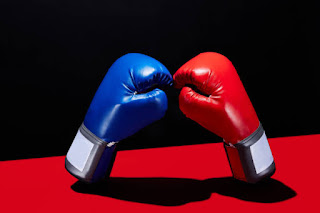 Since Donald Trump's 2016 election, the left has been wading through a cesspool of GOP anti-democracy, designed to tear this country apart and inaugurate an autocratic government. When you mix that with the radical right's willingness to use racism to fight it battles, like in the recent Virginia gubernatorial election where Salon said voters were "drunk on racist hysterics..."
Democrats are in the fight for their life and the life of this country to protect the democracy of America. They are doing it sophmorically and need a dose of the book, It's Time to Fight Dirty: How Democrats Can Build a Lasting Majority in American Politics by David Faris and Mike Chamberlain, et al. Here's some of its description...

"The American electoral system is clearly falling apart - as evidenced by the 2016 presidential election. In It's Time to Fight Dirty, David Faris offers accessible, actionable strategies for American institutional reform which don't require a constitutional amendment, and would have a lasting impact on our future."

Well, okay, maybe we don't actually have to get down and dirty, but we can no longer allow the radical right to run rampant over all the left stands for. Jennifer Rubin, in the first paragraph of a Washington Post opinion piece says...

"President Biden is on the verge of accomplishing more in his first year than any president in recent memory despite unremitting obstruction from an unhinged opposition." 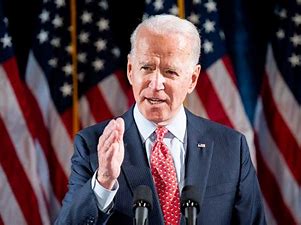 recent Virginia gubernatorial election, both added to the fact that Biden has to fight with his own people, fellow Democrats West Va. Sen. Joe Manchin and Arizona Sen. Krysten Sinema. Both have fought him, repeatedly challenging his agenda. In most cases, neither makes sense with their objections, considering they are both supposed to be Democrats.

President Joe Biden's accomplishments in less than a year, as documented by Rubin:

So why are Biden’s poll numbers down? The cesspool of Republican anti-democracy I cited earlier continues at a frightening pace that would tend to overshadow almost any opposing efforts. Especially when most of the big mouths leading the radical right are in the lunatic fringe. People like Matt Gaetz, Marjorie Taylor Greene and Lauren Boebert, to name only a few. But this lunatic fringe must have its followers and there are many.
Dan Rather, in the Huff Post, "blasted the anti-Joe Biden chant “Let’s go Brandon” as a sign of the Republican Party’s contempt for democracy." In case you haven't heard...

The phrase has become popular in right-wing circles since a sportscaster, interviewing NASCAR Xfinity driver Brandon Brown at a race, mistook a chant of “Fuck Joe Biden” for “Let’s go Brandon.”

It is this kind of mentality that is driving the GOP in its quest to replace democracy with their imperious style of government that allows their primal instincts to have everything their way. We mustn't let this happen and Joe Biden is the man who can stop these would be despots.