Republicans are usurping our democracy from Texas to No. Carolina

This is one of those 'I can't believe I'm reading this.' From the obtuse state of Texas...

"Governor Greg Abbott has signed into law a bill requiring all Texans to submit to counselling before being allowed to vote."

You might wonder what this is all about until you realize that Abbott, himself, is desperately in need of counseling to determine what happened to his brain. To even consider a bill of this nature reveals the uncertainty Republicans feel in their chances to win an election fairly in Texas. This lunatic is just added to the growing number of GOP in the U.S. who have realized they can't win in a fair and equal competition. They have to cheat.Donald Trump cheated at everything as the worst president this country has ever known. He lost but left behind idiots like Abbott and countless others in offices of power throughout the country. Salon says, "North Carolina has become a laboratory to subvert democracy." With Republicans controlling both houses of the legislature, under a Democrat governor, they have come on strong suppressing the minority vote among other outlandish moves. 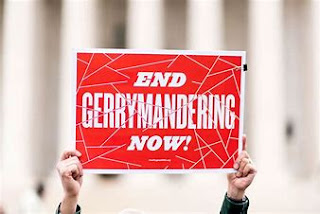 They control the legislature by gerrymandering the voting districts to favor the GOP, something that takes place with a new census and partisan control like No. Carolina's legislature. Salon says you can thank David Lewis for the state's "diseased" nature. He was successful in his "partisan design," but recently pled guilty for siphoning funds for personal use. That's another Republican failing, they can't keep their hands off the money.
The Supreme Court recently showed its rightest colors by refusing to act on Texas's new abortion law, allowing the state to proceed with its recognition. Not for abortion, but the U.S. House just introduced the John R. Lewis Voting Rights Advancement Act, also known as H.R. 4. Slate explains...

"H.R. 4 essentially overturns the Supreme Court’s recent attacks on voting rights: Its central provisions give both the Justice Department and federal courts sweeping authority to block voter suppression laws. But one crucial section takes a more creative approach: The House bill actually repeals the court’s own rules for deciding election-related cases—which strongly favor states’ ability to suppress votes—replacing them with voter-friendly directives that would force the justices to safeguard equal suffrage."

There is, of course, some doubt in its passage through the Senate unless the Dems 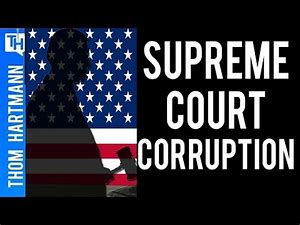 can also somehow get rid of the filibuster. The New York Times said, "In the Dead of Night, the Supreme Court Proved It Has Too Much Power," reconfirming a recent notion from the Democrats that now is the time for Biden to pack the court to the left by the addition of justices. Just as Moscow Mitch prevented the appointment of Merrick Garland, Biden must move ahead to right this wrong.

But getting back to the warped reasoning of Greg Abbott, take a look at this ludicrous but laughable retort from Absent Abbott...

“Sometimes, a person is upset with their situation and thinks that voting is the only answer,” the Governor said. “A counsellor can sit with them, pray with them, and help them make the right choice.”

Yeah, "help them" as in guaranteeing a vote for Republicans. What has this country come to???