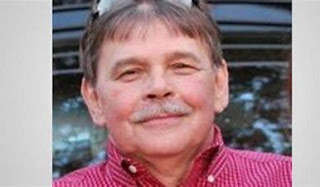 On Wednesday of last week I did a post on Ray DeMonia, who died in a Mississippi hospital 200 miles from his home in Alabama after his family says the health care facility there "contacted 43 hospitals in 3 states in search of a Cardiac ICU bed." The ICU beds in these 43 hospitals were full because of a bunch of unvaccinated morons who care only about themselves. Ray DeMonia was vaccinated which makes these idiot anti-vaxxers look more like the killers they are.

I commented on the trauma the family must have gone through in their frantic search. I wonder what DeMonia's wife must have thought during those hundreds of miles and if she might have been cursing the imbeciles in the hospitals who were preventing her husband from getting the medical assistance he needed. If it were me and it was my wife who needed the bed, I think I might have just stopped at one of the hospitals, identified an anti-vaxxer, and replaced him or her with my wife.

The next report of murder comes from Chicago by Mercedes Hidalgo whose brother, Daniel Norman Hidalgo, died in a hospital ICU. This expression of grief has not been said any better that I know of during the dreadful coronavirus pandemic...

"I’m so done with all the BS reasons others give for not doing what’s right for their fellow man."

Wisconsin is almost at 60% full vaccination, but there are always those who think

they know better than science. Hidalgo's sister takes another shot at what she considers "fools"...

"My brother, Daniel Norman Hidalgo, is gone because so many people listen to fools and not their own doctors. And because the fools want to make this political instead of caring for others."

The fools she speaks of are the lunatics that lurk around social media sites and spew endless amounts of misinformation that so far accounts for thousands of deaths. The doctors, nurses and other caretakers at the University Of Illinois Hospital in Chicago cried with Mercedes, something those fools responsible for Daniel's death wouldn't understand. He died on September 13, and this article is well worth reading