Time to dump the Democratic Party...as we know it 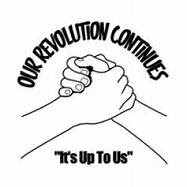 The Democratic National Committee fired its entire staff. That even includes longtime Dem pundit, Donna Brazile, who just recently owned up to the fact that she had slipped Hillary Clinton debate questions based on her connections with CNN. Brazile had earlier fired Debbie Wasserman Schultz, who was responsible for the Party being in the shape it is today. She stood by with her finger in her nose while Republicans took over political seats starting with city, county and state, all the way to the House and Senate, resulting in a loss of the White House. These people are a disgrace to the Party.

As The Blaze put it, "... a humiliating rout in an election that pundits widely believed would fall their [Democrats] way..." I am not sure just what good this will do, considering the guy doing the firing is a Dem hardliner. The Party couldn't see past their noses when Bernie Sanders tried to tell them that Keith Ellison was the man for the DNC job. They are, of course, both Progressives. And that brings me to the title of this blog, "Time to dump the Democratic Party...as we know it." As Kenny Rogers put it, "ygot to know when to hold 'em / Know when to fold 'em." Now's the time to fold 'em."

We need to revive the Progressive Party in the format of Bernie Sanders Our Revolution and make it a viable political movement that will give disillusioned Democrats/liberals a place to organize and establish a platform that makes sense to the modern day left. That said, did you know the Progressive Party was first organized in 1912 by Theodore Roosevelt after he lost the nomination of the Republican Party to his former protégé, President William Howard Taft. The Bull Moose version of the Party was dissolved in 1916. No more real activity until 2016 when the Bern came on the scene.

An early attempt at continuing the political positions of Bernie Sanders is by Cenk Uygur, founder of the Young Turks, who has started a movement called, Justice Democrats, whose goal is to put a significant number of Justice Democrats in the Congress. You can see their platform here. And to show how grave the situation was, here is Uygur's comment, "I was hoping someone else would do this, but when no one else was, somebody had to do it.” And of course there are the Progressive Democrats of America, who also mirror the Bern's movement. But so far, we're disjointed.

To correct this there must be a coordinated effort to officially structure a party apparatus that will withstand the organizational challenges of the developing members and the constituents. It will take a strong leader, and, of course, who better than Bernie Sanders? I do not think Sanders is too old to run in 2020, but if the consensus is that he is, there is Elizabeth Warren, and as a dark horse, how about Chuck Schumer? The Senate minority head even supported the Bern's pick of Keith Ellison to head up the DNC, who, unfortunately lost.

If we are to be ready for 2020, things must get moving pretty soon and it will take Bernie's organizational skills to ramp it all up. I will be a constant supporter from my blog and am sure there are many others like me, including the Young Turks. The cry is out there senator Sanders and only you can answer the call.