Hackers will get politicians web history and have a field day 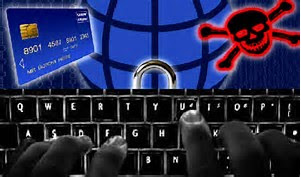 If they can break into the National Security Council, they can find out what Senators and House members are doing online. It's just a matter of time and who has the bucks to pay for it. I choose Anonymous because of its known presence in the U.S. and the fact that they easily hacked into a security firm for charity donations which could translate into a budget to coop with other hackers to buy what they cannot hack themselves. Nothing is secure against these people when they make up their minds to do something. They lean left and would consider Republicans fair game.

ISP's are professing the fact that they will not sell our private information, but what if they don't have a choice? Suppose someone takes it?  And then there's the question of whether or not the two GoFundMe campaigns would buy the data from an illegal source. But it's really not important that there is a buyer if an organization like Anonymous has the information in hand. If they do, you can bet that it will soon become public. And you can bet that the GOP Congress, backed by Donald John, will make it impossible for anything to be obtained legally.


"Still, providers of so-called marketing cloud services—think Salesforce and Oracle—track web users and develop extensive profiles based on shopping and web-browsing habits, said privacy advocate Jeffery Chester, executive director of the Center for Digital Democracy."
"It’s likely possible to buy the web marketing profile of individual politicians from a marketing cloud provider, if not an ISP, including the kinds of websites they like to visit, by targeting them using their general location and other publicly available information," he said.

And then Chester added, “Let the web monitoring and surveillance of the politicians begin.”

But the recent congressional action makes it impossible for consumers to now opt-out in sharing, "...sensitive personal information, including web-browsing history, geolocation, and financial details with third parties." What this means is that the banks can now make hay with not only your money market account where the interest is paltry, but the Republicans have made it possible to sell everything they know about you. Both privacy advocates and one actor are attempting to raise the money to buy congressional names...


"In an effort to strike back against the Republican-led legislation to roll back the FCC privacy rules, advocate Adam McElhaney has raised more than $205,000 since March 25 to buy the personal history of top politicians supporting the resolution."

"Actor Misha Collins has raised more than $86,000 in the last six days in a similar GoFundMe campaign, although he’s well short of his $500 million goal."

What all this says is that the general public does not like the republican Congress.

Back in 2012 I did a piece on supplementing Social Security with junk mail. That year the industry was grossing over $4 billion on the names and personal data of American citizens, which I felt the individual should at least share in. Well, even privacy advocates wouldn't support me because some of their efforts were funded by the people I targeted. My point here is, if it was a $4 billion business years ago, it has grown since then. And the sale of financial data attached to a person is significantly more valuable just by its nature. The banks stand to make even more millions off this data.

Advocate Adam McElhaney, who has already raised $205,000 since March 25 to buy the personal history of top politicians, allows supporters to vote on whose web browsing histories they want to see. Number one is Paul Ryan, two is House member Marsha Blackburn with Mitch McConnell coming in third. The campaign is in its infancy and it's anyone's guess how much these people might raise. There is one down-side to this and that is the possibility this information could get in the hands of either Russian or Chinese hackers where the wheels come off as far as honor.

And of course there is the group that sponsored Richard Snowden, Tailored Access Operations who has 600 employees in the main NSA complex in Fort Mead, Maryland. If that's the case, they could literally embed their people in every ISP in the world. The site TurboFuture lists the ten "Most Powerful (Known) Active Hacking Groups" in the world and a reading of these makes one wonder if there is any reason to protect anything private. With the protection of secrecy and the tools available to these people, you have to believe 1984 is here...again.
at April 05, 2017