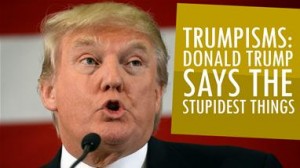 After campaigning as the champion of the working class, Donald Trump has carefully organized an enclave of only the rich to advise him. "...disclosures showed that Trump’s top aides have generated millions of dollars from Wall Street, Hollywood, real estate and the media, holding a slew of investments that intensify the administration’s challenge in navigating potential intersections between officials’ personal finances and their policymaking roles." It all adds up to $2.3 billion. Being the Democratic Socialist I am, can you imagine breaking that up among the U.S. homeless?

Donald John's head of the Federal Communications Commission wants to halt small and rural Internet providers from offering subsidized broadband connections to low-income Americans nationwide. The reason given has to do with a Reagan era act called Lifeline, that provided subsidies for seniors, veterans and rural Americans that is more state run than federal. "Opponents of the decision said the move will limit struggling Americans' ability to choose a good provider, particularly in rural or low-income areas." Anyway you cut it, they're telling business what they can do.

The Daily Beast makes the statement that Jared Kushner is perhaps the only Donald Trump adviser that cannot be fired. Even if he starts WW III? And with the stupidity that surrounds this clan, and the fact that Kushner appears to be circumventing State department power, with absolutely no experience in foreign policy, I personally think it's possible. This all comes from the fact that former adviser, Roger Stone, claimed to host Alex Jones that Trump’s own son-in-law Jared Kushner was leaking information to MSNBC’s Joe Scarborough. Want to reconsider DJ?

What does Donald Trump do when his top adviser resorts to juvenile behavior, and it is with his second top adviser? But wait, there's another factor here; number one is his son-in-law, Jared Kushner. Number two is Steve Bannon, the trusted white nationalist aide who Trump has placed a lot of trust in for advice. But now Bannon has been removed from the National Security Table, as Ivanks joins her husband in complaining about Stevo's ideologies and their negative effects on daddy's issues. Like Stan Freberg said: High School Ooh Ooh.

ISIS just described Donald Trump in Arabic terms as an "idiot," which is close enough to stupid to be included in this post. And there is a reason for this they use, saying he doesn't know anything about Islam. I doubt seriously if he is well versed on the faith, but this would explain his stupidity for banning entry to the U.S. of some predominantly Muslim nations by lumping all Islamists into one group of terrorists. "Trump has pledged to 'totally obliterate ISIS,'" according to a piece in NBC News. This bit of strategy no doubt compliments of Steve Bannon.

And finally, John Oliver, host of the HBO political talk-show Last Week Tonight, has dubbed Donald Trump's Russian connection as "Stupid Watergate." Oliver says it is, “a potential scandal with all of the intrigue of Watergate except everyone involved is really bad at everything.” If Donald John is really trying to cover up something, he's doing a worse job than Richard Nixon. Devin Nunes, is out, Mike Conaway is in, wearing a Trump "Make America Great Again" cap. Odds are he could be worse than Nunes but there's no doubt who he favors from the get go.