PARODY: White House and Congress are a huge oyster bed 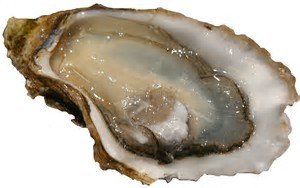 That's right. It was just discovered by an unknown scientist with a secret lab in Keokuk, Iowa, whose father once knew Ernest Hemingway. It was Hemingway's early work, A Movable Feast, about his life in Paris from 1921 to 1926, that got the father interested in oysters. The story goes, once you've lived in Paris, no matter where you go, you take it with you. During his writing on this particular day he decided to close up shop and order a dozen Crassostrea angulata, special offspring oysters from the sinking of a ship from the orient in a Portuguese harbor, along with a carafe of dry white wine.

And then when returning to the writing of his book, he professes his love for oysters in a sentence that his readers will never forget...


"As I ate the oysters with their strong taste of the sea and their faint metallic taste that the cold white wine washed away, leaving only the sea taste and the succulent texture, and I drank their cold liquid from each shell and washed it down with the crisp taste of the wine, I lost the empty feeling and began to be happy and make plans."

What Hemingway did not mention in his book was that those slimy little creatures that slide down your throat like a body does in a water slide, did not have a brain. None of them do, only two ganglia or masses of nerves around their body, but no central brain. However, they are able to survive around higher mammals, even though they have no consciousness. Now there is some difference between lack of consciousness and being unconscious. The term unconscious is sometimes used to refer to people who are, well, just stupid.

The father, let's call him Clyde, was talking to Ernest one day in Key West and brought up the fact that oysters did not have a brain. "Get out of town," Hemi retorted, "sounds like some people I know in Washington." The father always made notes of his conversations with Hemingway, and they were kept in an old trunk in the Keokuk house's attic. He put an asterisk by this particular notation, knowing full well that someday it would become famous. And then along came Clyde, Jr. His father knew he had to get him out of Keokuk for an education because Clyde Jr. was smart.

He decided on the Massachusetts Institute of Technology in Cambridge, that claimed 45 Rhodes Scholars, 81 Nobel laureates and 38 MacArthur Fellows. Should be a good enough school for junior, the father thought, and he was right when the son graduated magna cum laude. But Clyde Jr. was tired of the big eastern cities and yearned again for the Midwest. He returned to Keokuk and got a job working for a local doctor who also did research and seemed to be happy for the present. Then, one day after his father had died, he was rummaging through an old trunk in the attic. And there it was.

His father's journal, "My Talks With Ernie," whom Junior knew to be Ernest Hemingway from conversations with Dad. And he sat down right there and started reading. It was fascinating, he thought, Hemingway's love of oysters, and his dad's discovery through his reading that they had no brain. And the writer's comment about them reminding him of people he knew in Washington was just hilarious. He thought about who was in the White House now, Donald Trump. He reflected on a Congress that was, well, a Congress. BINGO! And then he had an epiphany.

Junior had written his master's thesis on the octopus and their high level of intelligence. He had actually seen one unscrew the lid of a glass jar from the inside and perform various other feats of agility. What if I crossed an oyster with an octopus, what would I get? Probably a Donald Trump or a Mitch McConnell. He almost fell off the old rickety chair laughing to himself. And then it occurred to him, what if I crossed Mitch McConnell with Donald Trump, what would I get? I would no doubt get an oyster. He shrieked again with laughter, this time falling to the floor from the chair that collapsed.

Junior went right out and bought a dozen oysters, ate eleven of them and took number twelve to his basement laboratory. There he began an experiment that would eventually change the way people thought of politicians. He began to research connections between the oyster and legislators and uncovered a bombshell. A study had been done a few years ago that wasn't common knowledge for obvious reasons. Office holders, local/federal and oysters shared a common gene, a lack of consciousness. The gene that allows oysters, and politicians to survive in their own shell.

Clyde Jr., had finally answered the age-old question of just how politicians in general, more specifically Donald Trump and the Republican Congress, are able to perform their duties with absolutely no concern for what the American public really wants. Just close the shell and all is fine. Now, all thinking Americans today know why we are ignored, which doesn't help things, but at least we know. The President and Congress are our oyster.