Washington’s problem is the GOP 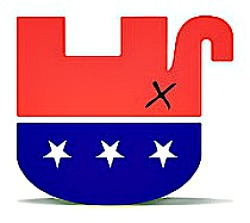 It’s official.  Two top political scientists commented in a recent op-ed, "Let's just say it: The Republicans are the problem."  Further, "We have been studying politics and Congress for more than 40 years, and never have we seen them this dysfunctional.  In our past writings, we have criticized both parties when we believed it was warranted. Today, however, we have no choice but to acknowledge that the core of the problem lies with the Republican Party.”

This is heavy stuff reported by David Frum on CNN, but once again illustrates what President Barack Obama has been up against during his first term in office.  Frum is quoting from Thomas Mann and Norman Ornstein, “two of 's most veteran watchers of Congress. Both men have hard-earned reputations for nonideological independence of mind despite their institutional affiliations.”  Mann is liberal, Ornstein is conservative.

Ornstein and Mann continue, "The GOP has become an insurgent outlier in American politics. It is ideologically extreme; scornful of compromise; unmoved by conventional understanding of facts, evidence and science; and dismissive of the legitimacy of its political opposition. When one party moves this far from the mainstream, it makes it nearly impossible for the political system to deal constructively with the country's challenges."

In their new book, "It's Even Worse Than It Looks: How the American Constitutional System Collided With the New Politics of Extremism," Frum states that it is clear that the GOP has acted in a “uniquely irresponsible way.”  He cites a number of examples like Republicans almost forcing a default on obligations in the debt slowdown; a delay on many actions in the senate; and holding up executive-branch nominations.  Just because of Barack Obama.

It can all be traced back to the master of deceit, lies and fear mongering.  Karl Rove.  His Crossroads group is spending $25 million from donors he will not identify to back Republicans in Congress to denigrate and demonize President Obama.  A media analysis group has indicated that Crossroads GPS is the biggest spender on advertising for the general election up to this point.  So far they have spent $12.6 million in placing 17,000 spots in 47 television markets.

I did a post back in January of this year, “Can Republican HATE politics bring this country down?”  For the piece I Googled “GOP hate” and “Republican hate” and was able to formulate a list of what some pretty influential sites and organizations think Republicans hate.  The results were as follows:


Norman Lear, who abhorred bigotry, and was the creator of the Archie Bunker character on TV, was attacked for his liberal views by ministers Pat Robertson and Jerry Falwell.  Robertson responded with a threat of God’s wrath against him.  Jerry Falwell told his followers, “I am about to name the man that some people believe to be the greatest threat to the American family in our generation: Norman Lear!"  Lear founded the organization People for the 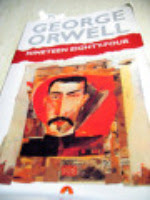 I also used George Orwell’s novel, 1984, to draw a comparison in my post to the connection between hate and the GOP.  In 1984, Emmanuel Goldstein is the face of the “Two Minutes Hate” which the citizens of were subjected to on a regular basis.  They were whipped up into a tremendous frenzy to hate Goldstein and anything else that didn’t agree with the Party.  One might characterize Barack Obama as the modern day Emmanuel Goldstein.

What Goldstein said made perfect sense in defying this extremely hellish atmosphere and no matter how much hatred was directed against him and his leftist beliefs, his influence never seemed to grow less.  The “hellish atmosphere” cited would be how Republicans hold the White House and the country hostage in attempting to carry out their deranged ideologies.  And we are guaranteed that will not subside until Pres. Obama is re-elected in Nov.  Maybe not even then.

But closing with another Mann and Ornstein point; the solution to all this must be found outside politics.  They feel the problem “will not be solved until 's rich and 's elderly become either less fearful or more generous.”  These are two terms that are at different ends of the spectrum but explain exactly what this country is up against today.
at June 01, 2012