Obamacare is good for Americans…Here’s why – Part 3

This is Part 3 and the last in this series.  Here are links to refer to Part 1 and Part 2.  So far we have covered some appropriate statistics re. who does and who doesn’t want Obamacare, along with some facts surrounding major issues in the law.  In Part 2, there is data from the Congressional Budget Office on cost, the individual mandate and more.  And I concluded with a report on what one particular source found wrong with Obamacare.

I want to get into the incorrect conflict that senior citizens seem to have with the legislation, most of which can be explained by just quoting from applicable sections of the bill itself.  But first, there are five things that Politico thinks that the Democrats got wrong on healthcare.  In a prelude, Dems thought voters would reward them just for skirting the health care bill by Republicans, minus their support.  They were wrong and it cost them in 2010.

Number one deemed wrong.  Passing health care reform without Republican support.  Former Democratic National Committee Chairman Howard Dean by misreading the American public felt the Dems had to get this done and everything else would fall into place.  It didn’t, and voters are still wavering on the issue, although somewhat more comfortable with the law now than originally.  After being left in the dust, the GOP has been on the attack ever since.

Number two.  The White House and the bill’s Democratic supporters failed to get a clear message out that explained the bill and put to rest concerns by the public, especially senior citizens.  What has been done has been mostly ineffective and the Dems now think their best hope is to wait for the benefits of 2014 to kick in with the realization that 30 million uninsured Americans will finally get coverage.  Assuming the law gets past the upcoming Supreme Court decision.

Numbers three and four.  President Obama never personally waged the “great campaign” he promised.  This has been painfully obvious in that supporters of the law have raised only $57.9 million compared to opponents who have come up with $204 million.  Agreed, Obama has had a multitude of problems to deal with in the economy, the jobless and constantly rising gas prices.  The question here is did the President’s lieutenants drop the ball when he needed them most?

Number five.  Is the individual mandate the right approach, even constitutional?  We’ll know on the latter soon, but I refer to an earlier comment I made questioning whether a select group should be obligated to pay for the health care of those who decide to remain uninsured.  This idea of a mandate actually came from Republicans back in the 1990s when Sen. Orin Hatch (R-Utah) proposed the concept.  The Dems didn’t really take it serious then.

And finally there is a senior citizen population out there that is still leery of Obamacare.  Considering the figure numbers over 40 million, it is something that must be addressed.  But personally, as a Medicare recipient for several years, I am perfectly satisfied with the program, including under the new health care law.  My Medicare coverage is supplemented by additional insurance that pays the 20 percent that is not covered, which pretty much makes it zero cost to me.

In all the years I have been under Medicare, my only out-of-pocket costs were things not covered that I elected to have done.  You must have a good supplemental plan to make this happen, but I added up the cost of premiums to payments by the plans ratio once and I am well ahead of the game.  Planning your insurance program for retirement is a major consideration, and it is something that many seniors need to take another look at today.

So what are the senior concerns?  One, that Obamacare will reduce Medicare coverage to you as well as paying your doctor.  “The health bill will reduce projected Medicare spending by $575 billion over ten years, primarily by reducing projected fees to hospitals and other providers and by reducing payments to private Medicare Advantage insurance plans,” according to a fact check by the Washington Post. 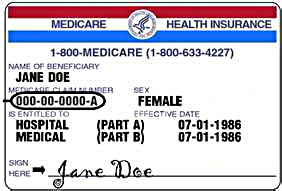 But will Medicare benefits be cut to in the above reduction?  Those cuts will be accomplished by the two points above plus a crackdown on Medicare fraud, estimated to currently cost the federal government as much as $60 billion per year.  We are also assured that we can keep our current insurance plans and doctors.  The death panel scare is just that, well orchestrated propaganda first perpetrated by the then V.P, candidate, Sarah Palin, in the 2008 election.

In closing, most Americans want the social programs they enjoy to survive, and that is what the Obama administration is trying to accomplish with health care reform.  However, it is foolish to believe that all the goodies can continue without cutting some of the fat, and finding sources of new revenue.  Now that we’ve begun the overhaul of the health care system, it is now time to do the same to our taxes to make them more reasonable and equitable.
at June 21, 2012