Continuing to worship at the altar of Gov. Jan Brewer of Arizona, her conservative supporters in the legislature and her like constituents have once again given her the impetus to dump on those in need, turning them out to fend for themselves.  already bars tax dollars for abortion, but backers, including the Susan B. Anthony List group, say the law is needed to prevent indirect monies from reaching these organizations.

﻿
Forbes magazine accuses Brewer of “Slipping Back into the Dark Ages.”  What Forbes may not realize is that the country’s worst governor entered the dark ages when she first got into politics and has just continued to unravel since then.  The magazine called her a woman governor playing God with women’s rights.  And this was all in the headline.  What Forbes and most of the other articles about this issue don’t mention is Brewer’s family connection which I cover later.

Planned Parenthood does provide abortion funds but they do much more for the needy including: providing cancer screenings, birth control, plus regular wellness exams for women.  Only 10 percent of females seek abortion services from Planned Parenthood of Arizona.  But Jan Brewer’s bill shuts out the other 90% that need regular healthcare.  This all stems from ideology originating with the domination of conservatives including the religious right, and the Tea Party.


As the Republican Party has added seats in state legislatures across the country, in many cases led by TPers, the strength to pass laws like ’s has become more prevalent.  What these ideologues don’t understand—or maybe they do and just don’t care—is that this kind of legislation only delays the inevitable which is the fact that these folks eventually end up in the emergency room at taxpayer expense.  But common sense has never been a staple in politics.

﻿
Planned Parenthood says this is just “bad health policy, bad fiscal policy, and bad politics.”  But it is the GOP way and it is an election year.  PP recounts that “Court decisions in , , and now have made it abundantly clear that it is unacceptable for states to pass laws that prevent women from going to their trusted health care provider to get primary and preventive care.”  We’re not talking abortions, just plain healthcare.

Laws similar to ’s have already been signed in , , , , and and are under consideration in .  Many are already being disputed.  And the statistics do support Planned Parenthood.  Forbes reports: “…fully 42% of abortions are requested by women below the poverty level; 61% of women seeking abortions already have at least one child; and 1/2 of the pregnancies in the United States are unintentional.” 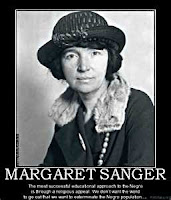 Co-PP’s founder, Margaret Sanger, says, “They live and die on the fringes of society, in pockets of dire poverty and inner city tenements, even in an ultra-rich country like ours.  Yet they might as well not exist as far as politicians, and commentators are concerned.”  No doubt she means the conservative talk-radio circuit.  Another point is made that ’s and other states’ budget deficits might be solved by releasing this financial burden on families.

But ’s Gov. Jan Brewer has a deeper, more covert interest in ’s “Whole Woman’s Health Funding Priority Act.”  Almost sounds wholesome, doesn’t it?  The only site that had the guts to report this aspect of the story was Jezebel.com, saying in its headline, “Governor Who Cut Funding for Sexual Assault Victims Has Son Who Was Charged With Sexual Assault.”  Brewer’s new law won’t help the victim but it will help her son.

Ronald Brewer “…broke into a woman’s apartment, slapped her several times, and committed sex acts on her.”  And although the man had been functioning as a normal human being prior to the attack, his mother, the Governor, had him committed because she said the trauma had deteriorated his health.  At the same time she had the case’s records sealed by the court.

The question is whether she put the guy away to help him or was it because she didn’t want Ronald to embarrass her during her administration?  She needn’t have worried, Brewer has done nothing but embarrass herself since becoming Governor.

Forbes had an interesting statement at the end of their article.  It read: “It is reprehensible enough when governments like the Chinese enforce a rule of no more than one child per family.  How is it any different when a government insists that we cannot limit the size of it?”  The anti-abortion people should take note of this.  But Jan Brewer wouldn’t have a clue what they are talking about.
at May 11, 2012