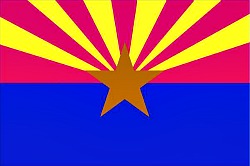 J.T. Ready and his U.S. Border Guard group are just the latest hate group to pop up in the news in Arizona after he shot and killed his girlfriend, her daughter and her boyfriend and the girlfriend’s granddaughter, only 15 months old.  We still have the neo-Nazi skinheads, the National Socialist Movement led by Harry Hughes, the Ku Klux Klan, the Vinlanders Social Club, another racist skinhead group and Minutemen American Defense.

Shawna Forde, founder of MAD and two of her henchmen were convicted of first-degree murder in 2009 for the deaths of two, one a 9-year-old girl.  Dennis Mahon, a White supremacist from , even came all the way to in 2004 to send a mail bomb to Don Logan who was black and working for the city of .  Jeffrey Harbin from the Nat’l Socialist Movement in Apache Junction was convicted of making explosive devices in 2011.

A USA Today article chronicles how easy it is for the hate groups to get started and flourish in the great state of .  Bill , regional dir. of the Anti-Defamation League said, "Immigration is pretty much unarguably the No. 1 recruiting element in the White supremacist world."  Having lived in the state for over 20 years, I can vouch for the fact that there is little temperance here for minorities, particularly undocumented immigrants.

’s anti-immigration law, SB-1070, sponsored by former state senator Russell Pearce, a known racist, and signed into law by Gov. Jan Brewer, also known for being one of the worst governors ever to lead a state, was the impetus for these hate groups to raise their ugly heads and send Arizona into a tailspin that has made it the laughing stock of the country.  Not to be outdone, the boneheaded state legislature passed its share of stupid laws in its support.

Brian Levin, dir. of the Center for the Study of Hate and Extremism at Calif. State U.-San Bernardino, claims that he knows of neo-Nazis who “…want to make pilgrimages to .”  Levin continues, "They believe that there are a lot of people in the state who are sympathetic to them."

The above is a fact that should be troubling to Gov. Brewer and the legislature but both are clueless in the matter.  The key factor here is that Arizona would have to tighten its gun laws—the loosest in the nation—to do anything about the extremism, and the state’s gun bubbas would never allow that.  They, along with the Tea Party, have so tightly controlled at the moment that it has become near impossible to even raise progressive ideas.  But it is happening.


USA Today says that Ready’s death, “…has pulled back the curtain on the shadowy world of extremism in that seems to teeter on the edge of violence.”  So add to the cross-country ridicule of the fact that it is now the leader in “Hate-States.”  Pathetic!  Alabama-based Southern Poverty Law Center says there were a total of 17 hate groups in as of 2011.  And it can all be traced back to the proliferation of guns to create this hate and violence.

James Turgal, special agent in charge of the FBI's Phoenix division believes that domestic terrorism is “very active” in Arizona, giving credit to the Nat’l Socialist Movement, neo-Nazis and something he called the “anti-government sovereign citizen” movement.  And Mark Potok of the SPLC was quoted as saying, "There are a lot of really thuggish individuals associated with the nativist movement in ."  That’s a term no state should want associated with its citizenry. 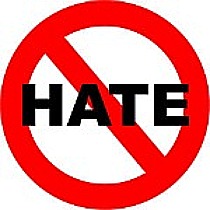 If the dethroned Russell Pearce gets his way, he will be back in ’s senate by the end of the November elections; he is running for a seat in another state district from where he was booted recently.  In all likelihood the lame-brained legislature would probably elect him president again, and the great state of would return to business as usual.

UNLESS…progressives continue to do their thing and start a conservative cleansing that will rid us of these un-patriots.
at May 15, 2012