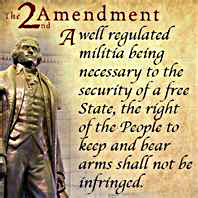 There is another debate going on re. whether to repeal the 2nd Amendment with a pro/con between Steve Zorbaugh and Elizabeth Roberts, both Pennsylvanians, and both very eloquent.  However, Roberts places much of her reasoning against repeal in her interpretation of what the Founding Fathers intended in their amendment plus a general distrust in the American government.  Zorbaugh shoots all this NRA malarkey down and makes a very strong case in favor. 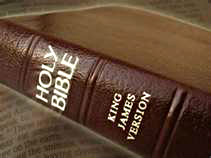 But Zorbaugh starts with an interesting statement that I had to research further.  He said: “There are 788,258 words in a standard King James Bible. The word ‘gun’ isn't one of them.”  That would indicate a direct connection between religion and guns, and I found that there is.  At least in the minds of the gun worshippers.  There is a lawyer by the name of Herb Titus who is part of the Gun Owners of America who draws this parallel between the 2nd Amendment and religion.

The article in the second site, above, exclaims that “…the Tea Party movement emerges out of the confluence of different strands of the far right, including Christian Reconstructionism.”  We all know that TPers are staunch gun rights supporters and gun toters.  Further, “The militia movement and Christian Reconstructionism both contend that our current civil government, most especially the federal government, is illegitimate.” At the very least, scary.

Cass Sunstein, Constitutional Lawyer and U.S. Administrator of the Office of Information and Regulatory Affairs on repealing 2nd Amendment:


Larry Pratt, Exec. Dir. of said: “we’re not really talking about a right but an obligation, as creatures of God, to protect the life that was given them.”  Now we don’t just go back to biblical days where there is a fantasized association between gun and religion, but according to Pratt it came right from the mouth of God.  More on this in a later post.  It is beyond me where these maniacs come up with this crap but of course the National Rifle Assn. (NRA) comes to mind.

Zorbaugh refutes Roberts’ Founding Fathers drivel in one compact, precise statement: “The justification for gun ownership that existed in 1787 no longer exists today.”  But he follows up with a multitude of other refutations that should make a brainwashed NRA membership think.  But it won’t.  He does acknowledge the need then to have protection against the King of England and against unfriendly Native American tribes that we confiscated our land from.

But that was over two-hundred years ago.  Things have changed.  The only thing outside one’s God worshipped today is guns, not thrones.

Zorbaugh proclaims: “After 225 years, the Second Amendment has clearly outlived its original purpose.”  He is looking for a new Constitutional Amendment that will value the community’s right to being safe over the demands of the gun bubbas that want to carry their weapons anywhere they want to at anytime they want to.  And the only way this can be accomplished is with stronger gun control.

One good reason for more control is Philip Cook’s statement that the cost our society pays each year to guarantee gun ownership exceeds $100 billion and is growing annually at an alarming rate.”  This comes from Cook’s book, “Gun Violence: The Real Costs.”

There is one solution affirms the pro-repeal author.  Require gun owners to carry insurance on their weapons just like they are required to do on their automobiles, for potential death and injuries.  This would at least mandate registration which we all know would send the NRA into its next aberration.  It would be worth the try just to see Wayne LaPierre, the organization’s CEO and Exec, Vice President, come off the spool…again.
at May 16, 2012