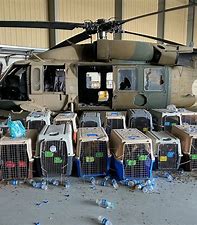 Great Britain's Prime Minister may have done some dumb things in England for which his position is barely surviving, but he did something thousands of miles away that will endear him to animal lovers all over the world. Here's the scenario...

"Sifting through the rubble of the ongoing humanitarian crisis in Afghanistan, they [his enemies] allege that he facilitated the airlift of 150 sheltered animals during the evacuation of Kabul, filling a plane intended to ferry refugees to safety with dogs, cats, and donkeys."

Everyone agrees, of course, that refugees should also be taken to safety, but in today's world animals are important too. The Boston Globe's Alex Beam feels that "There is plenty of evidence that animals are just as worthy of rescue as human beings." I could not agree more and will add that, in my opinion, animals are much more worthy of rescue than some human beings. To carry this a bit further, I know some people who prefer the company of animals over people.

I did a blog post back in 2021, "Animals to Humans: All we want is to live." To date, that post has had 1,676 readers, indicating some modicum of agreement with this premise. Yet, we still see animal cruelty on a regular basis. Only a coward would pick on an animal, many who can't defend themselves and won't fight back. Ezra Klein in the New York Times said, "We Will Look Back on This Age of Cruelty to Animals in Horror." Many will, unfortunately, many won't.

Have you ever read "All Creatures Great and Small," by James Herriot? I haven't and it will be my next read on my Kindle. Herriot wrote...

“If having a soul means being able to feel love and loyalty and gratitude, then animals are better off than a lot of humans.”

China is doing its part and animal advocates are becoming frustrated with "official failure to ban animal cruelty." Xiaoyang was shocked as were many other dog owners over a series of animal-cruelty incidents and...

"he has been tracking a fierce national debate about whether dogs should be guaranteed better protection in law. (Cats and other companion animals, too, he acknowledges when asked.)"

Watch this and you'll never abandon your pet...

This Washington Post article by Christian Shepherd and Alicia Chen reports on the state of pets in China...

"But legislating to prohibit animal cruelty is an oddly controversial topic in China. While there are tens of millions of dog and cat lovers, their calls for change are often drowned out by a relatively small but vocal crowd of conservative thinkers who believe caring for animals is elitist, undermines China’s development and infringes upon the traditions of those few Chinese who still eat dog meat."

Peter Li, a China policy specialist at Humane Society International and an associate professor of East Asian politics at the University of Houston, says the animal welfare problem in China comes off mostly as a "Civil War." Here's a shocker, Chinese conservatives undermine what they consider an elitist issue, plus they feel it "infringes upon the traditions of those few Chinese who still eat dog meat." Here's the scenario...

"These sentiments, combined with concerns from farmers and slaughterhouses about welfare provisions undermining profit and city governments’ fears of areas being overrun by pets, have thwarted progress on an animal protection law that was drafted in 2009 but has never made it onto the legislative agenda."

Back to the U.S. and a subject that explores how states around the country stack up 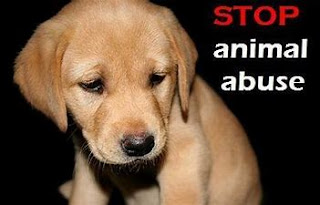 in their legislation protecting animals. The Animal Legal Defense Fund has a nationwide ranking for "The Best And Worst States For Animal Protection Laws" that should interest animal lovers. Number one is Maine, number 50 is New Mexico. Take a look at your state and see how it fares after which you can decide if you need to work on laws at home.
And finally, a "California lawmaker proposes 'Dog and Cat Bill of Rights' for family pets. Here's what it involves...

This is only in California and isn't even law there yet, but hopes are high and it's a good sign that should be considered nationwide.