The Insane Republicans of Arizona 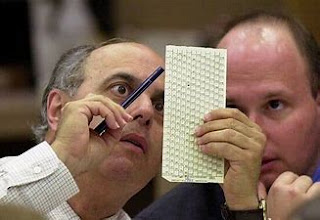 Remember the Florida recount of 2000, the hanging chads thing? It was Democrat Al Gore against Geo. W. Bush with the latter's lead so small Gore took it all the way to the Supreme Court which ruled the recount was over. Katherine Harris, then Florida's Republican Sec. of State ruled the election in favor of Bush. Harris was assailed by the left for her decision, but, evidently it was legal. Neither Gore nor a host of Democrats believed they had lost but had the brains to realize defeat.

If you are interested in that outcome, here is the 2018 article, "The Florida Recount Of 2000: A Nightmare That Goes On Haunting."

Fast-forward twenty years to the 2020 presidential election between Democrat Joe Biden and something or another Donald Trump. It was a reelection for the ex-White House maniac at a time when much of the public still didn't know how he won in 2016. And being the idiot Trump proved himself to be in his four years in office, he refused to believe he lost. He immediately started denying the results of state elections, enlisting governors and legislators to support him.

And that's when the mentally challenged gang of Arizona Republicans took up his mantle and ran with it, and I do mean ran. Head moron and Senate President, Karen Fann, brought in a mutually incompetent gang from Florida known as the Cyber Ninjas who cost the taxpayers of Arizona millions and came up with the fact that 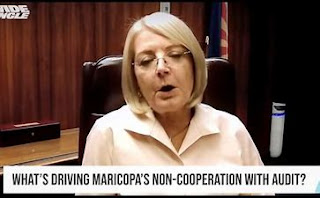 Joe Biden did in fact win the 2020 election. Even then Fann and others from the GOP wouldn't give it up, likely because Trump wouldn't concede, still hasn't.

"You thought the audit of the 2020 election was over, that it ended in September when the Senate’s own Trump supporting auditors could find no evidence of widespread fraud.

"O ye, of far too much faith that, at some point, sanity will sink in.

"That the state Senate’s Trump contingent will accept the fact that their guy lost, freeing us poor taxpayers from having to continue shelling out money to chase a conspiracy that doesn’t – and didn’t – exist.

"They won’t and so we will. Open our wallets wide once again, that is." 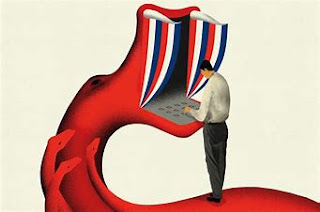 This time the less than adequate Republicans think we had a hacker from either "China (or maybe Venezuelan?)" that compromised the voting machines and, "as the conspiracy theory goes, switched thousands of Donald Trump votes to Joe Biden?" Meanwhile the county has confirmed there was no hacking. Two sets of election experts confirmed this. What the hell do we need? And then they wanted computer routers from the county which was refused.

"Former Rep. John Shadegg, a former Republican congressman who is serving as a $500-an-hour special master, contracted by the county to answer the senators’ detailed questions about the routers."

"To do that, Shadegg on Friday hired three IT experts, each of whom will travel to Arizona to examine the county’s routers and the Splunk logs that are used to analyze computerized data."

Shadegg has already billed the state $16,800 and no one knows yet how much the three experts will charge. Laurie Roberts goes on to question the reasoning of all this, what she calls, "a colossal waste of our money." The Republican legislature apparently doesn't care and the voters out there who put them in office don't have the brains to know what's going on. I recommend that you check this commentary out for a hilarious look into Arizona politics.