The Agony of Stupidity - Ron DeSantis is Killing Florida 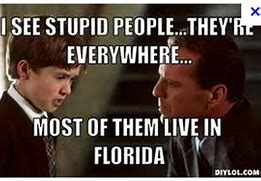 The Florida House passed a bill designed to allow parents to sue schools if staff speak to students about gender identity or sexuality. What we have here, courtesy of the state's governor, the demented Ron DeSantis, is a case of open white supremacy that is beginning to mirror Donald Trump's reign in the White House. The Parental Rights in Education bill, it's called, "is about defending the most awesome responsibility a person can have: being a parent."

This, from the moron Florida legislator, Rep. Joe Harding, is pretty actionable...

The legislation, which advocates call a "Don't Say Gay" bill, says parents can take legal action against a school district if Florida teachers speak about LGBTQ topics like identity and sexuality that do not fall under "age-appropriate or developmentally appropriate" guidelines for students.

Can Florida's data on Covid-19 deaths be trusted? The report for cases seems to 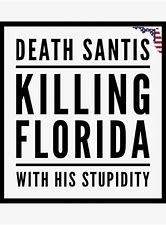 The Washington Post's Jennifer Rubin says, "Ron DeSantis is following Trump’s white supremacy playbook." Yes, we seem to have a clone, although the two could be head-to-head for the Republican nomination in 2024. The only thing that comes close to being the worst president ever is if the deranged DeSantis went to the White House. Trump repeatedly showed his colors on white supremacy protecting Ku Klux Klan leader David Duke in 2016 and in 2017 the neo-Nazis in Charlottesville. But here's her take on DeSantis...

"Florida Gov. Ron DeSantis, who apparently longs to inherit the mantle of MAGA leader, has paid attention. In his state, images of a Nazi flag-waving group shouting antisemitic slurs in Orlando flooded news coverage over the weekend. The governor’s press secretary tweeted (and soon deleted) a bizarre suggestion: “Do we even know they’re Nazis?”"

But DeSantis' lackadaisical attitude toward the Orlando Nazi organizers was not overlooked by the Miami Herald. Here's their proposal to the governor...

“Denounce the Nazi demonstrators in Orlando, Gov. Ron DeSantis," the board wrote. "It’s that simple. Say they are abhorrent. Say they are despicable. Say they have no part in this society or this state. But no.” 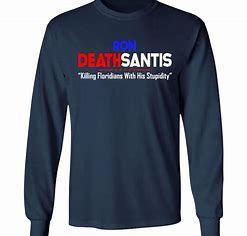 The paper also called out his railing against Democrats while the Nazis protested. He called the Dems "jackasses" but completely failed to chastise the radicals. To cap it off, the governor's press secretary, Christina Pushaw, released a tweeted statement on Sunday night suggesting Democrats might have been involved in the planning of the Nazi demonstration in Orlando. DeSantis is beginning to spread lies like Trump. READ MORE...
at February 25, 2022