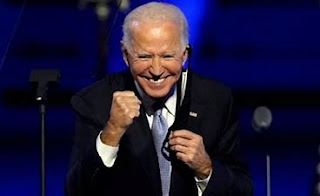 For some reason the U.S. media has reacted to Joe Biden's presidency with the negativity of a pre-planned disposition that he can't possibly be a good president. Much of it is Trump supporters and some of it could be an incompetence within the Biden administration of getting the word out. Because, if you look at the facts, President Biden is doing a great job and here are prime examples...
There's more and you can read it here. The background...

"Despite the growing inflation, wages paid by private businesses also saw an increase of 2.4 percent from January through October last year, while disposable income rose by 3 percent."

Biden on first year in office...

These are facts that cannot be disputed. Then, Nobel winner in economics, Paul Krugman, adds his expert opinion...

“'Real wages rose last year,' Krugman explains. “On a two-year basis, they’re probably down, but not by a lot. At the same time, we’ve had stellar job growth — and as I said, the combination of modestly declining real wages with a strong job market has actually been a winner for past presidents."

But not a winner for Joe Biden, and when you consider all the above, you have to wonder where all the negativity is coming from. Krugman asks the same question. Here's how he explains it...

"As many of us have noted, Americans are very down on the national economy, but relatively upbeat about their own personal financial situation…. That is, their personal experience is pretty good, but they’ve heard that things are terrible for other people.”

Bingo! "They’ve heard that things are terrible for other people." And where have they heard it from? A Republican cartel of propagandists like Fox News, Breitbart, and undercover groups like Charles Koch's. But, then, there's inflation, which cannot be denied. It did happen on Biden's watch and as Harry Truman said, 'The Buck Stops Here.' But the corporate world isn't helping with escalating prices in oil plus food and more. 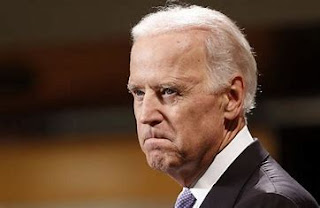 that with the Covid pandemic and his new SCOTUS nomination. The New York Times reports the administration was in a quandary with his State of the Union speech coming up, which is today. Here's the scenario...

"All presidents are confronted by episodes that are out of their control, forced to react to the world around them more often than they are able to shape it. But the dizzying events of the past week have for now pushed to the sidelines the congressional squabbling over Mr. Biden’s domestic agenda, and are already redefining the arc of his presidency." 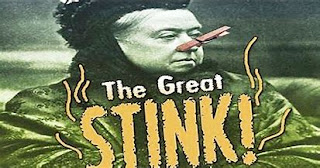 So how popular is President Joe Biden today? One of the most credible polling organizations, FiveThirtyEight. has Biden's approval at 40.7%, a disapproval of 53.6%. Compared to Trump's first year of just 38.8% approval, a disapproval of 54.3%. Something's not right and it smells like the radical right again.
at March 01, 2022